Revising the rules of perception 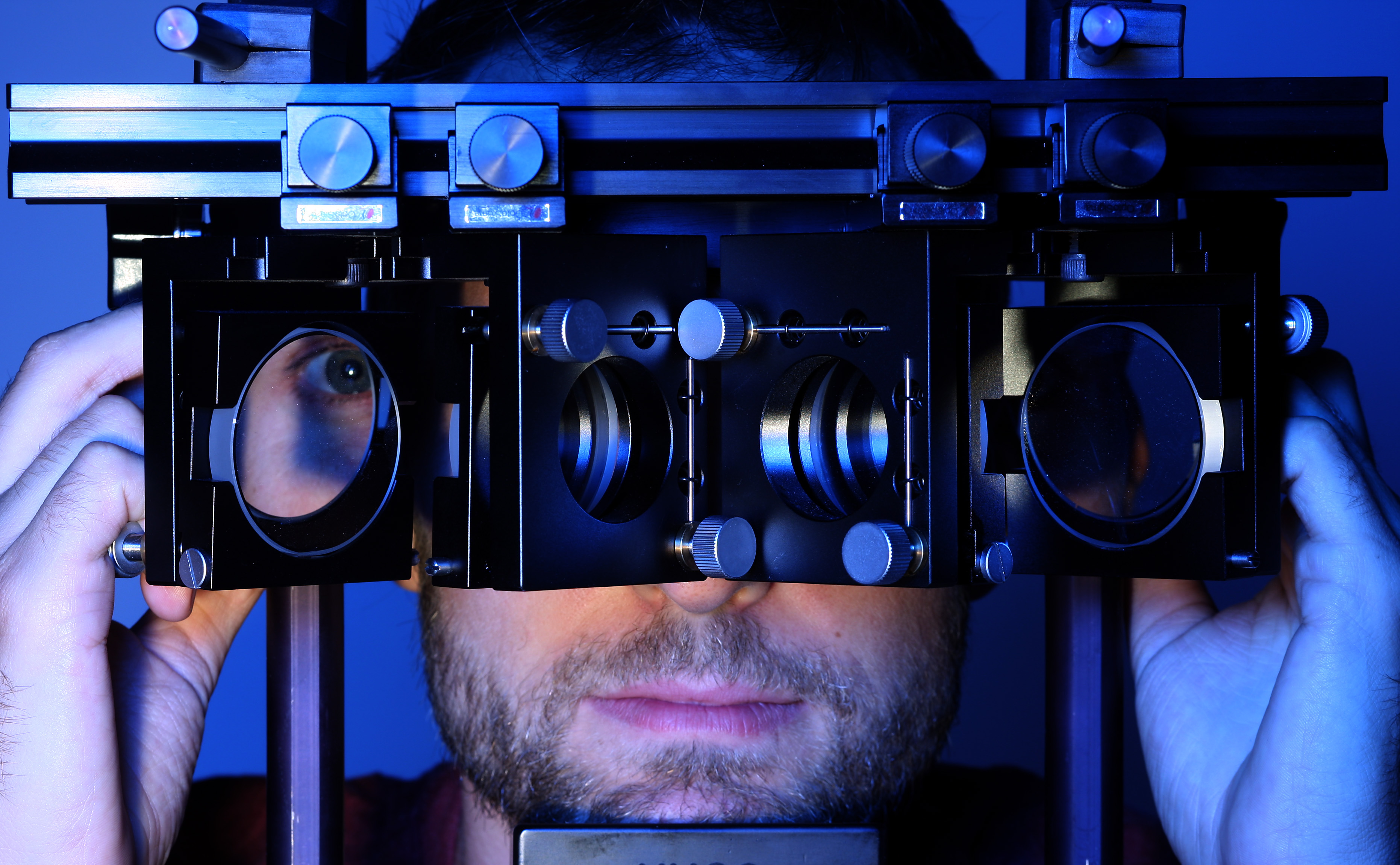 The adult brain has more plasticity than previously thought

The human brain never stops adapting to its environment in a constant quest to formulate what the mind perceives based on what the eyes see, according to findings from a research team that includes two Vanderbilt neuroscientists. The article, “Experience-driven plasticity in binocular vision,” is slated for the July 29 issue of Current Biology.

And the research adds credence to the notion that adult brains can be retrained following trauma or surgery or even from the effects of aging or eye misalignment, said Jan Brascamp, a Vanderbilt psychology department research associate. He and Blake were part of the research team that included Chris Klink and Richard Van Wezel, both of Utrecht University in the Netherlands.

The research involved the use of binocular rivalry. Participants in this study viewed radically different images presented to each eye at the same time over a prolonged time period. For example, one eye might view a house while the other viewed a human face. Even though each eye was “seeing” a different image, the brain tended to focus on just one of the images at a time for the first few minutes.

After that, however, participants began seeing something new. In addition to periods of exclusive perception of a house or a face, people also started to experience mixtures of the two images, either as two entire views superimposed or as bits and pieces that seemed to form an ever-changing jigsaw puzzle.

“These new perceptual experiences imply a form of learning where the brain revises its scenario of what the eyes might be looking at. Evidently it takes a while for the brain to accept the different views provided by the two eyes,” said Brascamp. “The fusion of the two images is an indication that the brain is starting to come up with a solution to this confusing situation.” Fusing the two views, he said, may be a more natural behavior compared to focusing on one of the two images exclusively.

The second part of the experiment involved patching one eye for about 24 hours after the eyes viewed two “rival” objects. Brascamp and Klink subjected themselves to this kind of “monocular patching” to test the team’s initial theories.

The researchers found that the brain continued to stick to the same newly learned solution while the patch was in place and the participants went about their normal activities. In other words, after the brain had learned to fuse the “rival” house and face images, this ability did not change while they viewed the world through only one eye. When the patch was removed and the participant again viewed the rival images, the brain immediately “saw” the fused image, implying that learning had not been undone.

Why did a new way of seeing take over the brain’s normal way of perceiving “rival” images? Blake explained that the brain recalibrated to the unusual input and began to accept it as the norm.

The researchers concluded that the brain had learned a new way of seeing. “It’s this sensory recalibration that makes our results fascinating,” said Blake.

“Moreover, the brain doesn’t give up on that revised view easily,” he said. “The only way to reset things again is to provide coordinated binocular vision where both eyes again view the same scene.”

In order to reset the previous learning, the patch was removed and the research participant was allowed to retrain his brain by conducting normal activities, thereby exposing the brain to a conventional view – called matching binocular input. The participants were then once again exposed to the rival house and face images, and now they promptly experienced full suppression of one of the images, just as they did at the start of the experiment. This period of matched binocular input, in other words, prompted the brain to abandon its newly adopted rule in favor of its previous mode of operation.

[rquote]Among the exciting findings for the researchers was the fact not only that the brain can be retrained in the way it “sees” an image but that the retraining had lasting effects as long as visual experience did not contradict what the brain had learned.[/rquote]

“The message is simple but fascinating,” Blake said. “Our brains never stop adapting to our environment. In this sense, the mystery entailed in visual perception never gets finally solved.”