Problems of extreme poverty – from affordable housing to health care delivery to nutrition – will be the focus of efforts by a large number of students traveling this spring to Guatemala, where Vanderbilt already leads numerous sustained studies and initiatives.

“The Vanderbilt connection is the real story in Guatemala,” said Kent McKeever, a first-year law student and trip co-director for Project Pyramid. “We can do a better job of following through and making sure our efforts are sustainable because of people already on the ground.”

The 23 graduate students traveling to Guatemala through Project Pyramid represent not just Vanderbilt’s Owen Graduate School of Management, where the Project Pyramid course is taught by Bart Victor, Cal Turner Professor of Moral Leadership, but other graduate disciplines as well – including law, divinity, education, and economics. Project Pyramid’s goal is to help those at the bottom of the socioeconomic pyramid and is funded for the fifth year by philanthropist Cal Turner. Those students will be in Guatemala March 5 through 14.

McKeever said he enjoys the way students from different disciplines passionate about the same issues educate each other. “We are learning other angles and methods to come at these problems,” he said.

“You need all perspectives when approaching the problems of poverty,” agreed Emily Bowden, a second-year MBA student and the Project Pyramid marketing director.

Once on the ground in Guatemala, the Project Pyramid students will break into groups to tackle specific missions: One group will work with Jim Schorr, clinical professor of management, on a microfinance lending housing project that seeks to

empower families in poverty to move toward home ownership in the Las Conchas area of Guatemala City, where many residents live in makeshift shelters built with corrugated metal, boxes and other found objects. Nashville-based Shalom Foundation runs a clinic and a school there.

Other groups will travel to Quetzaltenango. One team has been working to develop a marketing plan for Primeros Pasos, a clinic started by a Vanderbilt medical resident, Brent Savoie. Students also are researching the process necessary for Primeros Pasos to build or buy a new clinic to provide a sustainable, stable base for future expansions.

Located in the Palajunoj Valley, the clinic sees more than 1,000 children each month for basic preventative care and provides health care and hygiene education for the nearby K’iche’ Maya communities.

Another team will focus on finding methods for the sustainable production of nutritional supplement bars for malnourished children and mothers in Quetzaltenango. Nutritional bars could provide desperately needed nutrition as well as potential jobs in production and distribution by using indigenous materials and labor.

The Center for Latin American Studies at Vanderbilt has assisted with planning and logistics for the Project Pyramid trip. CLAS coordinates a number of projects in Guatemala in conjunction with Vanderbilt’s Monroe Carell Jr. Children’s Hospital, the School of Medicine, the School of Engineering and Vanderbilt’s Institute for Global Health. CLAS also provides a home base for the InterAmerican Health Alliance, a non-profit organization that supports Primeros Pasos. With the School of Nursing, CLAS is developing a midwifery program in Guatemala.

A group of faculty and staff of the Children’s Hospital just returned from Guatemala City, where they performed surgeries on children in poverty during a weeklong visit beginning Feb. 6. CLAS, Children’s Hospital and the Shalom Foundation are working together to establish a surgery center there to provide a physical base for medical missions and interns.

Several groups of undergraduate students also are working at sites in Guatemala, bringing the total number of Vanderbilt students in that country during spring break to more than 50. Those include:

In addition, 11 students will travel to Guatemala in May and June through the Vanderbilt Initiative for Scholarship and Global Engagement, a study abroad service learning program taught by Ted Fischer, CLAS director.

Vanderbilt, which has a long-standing archeological dig in Guatemala, has become a leader in Guatemalan studies and outreach, according to Fischer.

“Guatemala is a country the size of Tennessee, with extreme poverty and other entrenched problems,” said Fischer, an anthropology professor. “This is a place where Vanderbilt is making a huge difference. And we can continue to do so — really changing things for the better in this country. We will always be just a drop in the bucket in a large country like China, but in Guatemala we are changing the world.”

Vanderbilt’s already strong commitment in Guatemala allows for Project Pyramid to meet its goals of sustainability, Bowden said. “If we commit to action in a community, it’s important to us to follow through.”

“[CLAS] can help us make decisions about where we can have the most impact with more long-term viability while we build upon already existing relationships,” said McKeever, a pastor for five years before he enrolled in Vanderbilt Law School this year.

Project Pyramid began in 2006 when 11 MBA students used C.K. Prahalad’s book, The Fortune at the Bottom of the Pyramid as the basis to form an organization dedicated to global poverty alleviation. They were influenced as well by the work of Muhammad Yunus, a Vanderbilt alumnus who received the Nobel Peace Prize for developing the concept of micro-lending to the poor. He founded the Grameen Bank, a microfinance institution based in Bangladesh.

Turner, retired chair and CEO of Dollar General Corp., has supported Project Pyramid since its inception. Project Pyramid seeks to engage future leaders of business, education, law, medicine and religion through Vanderbilt’s graduate, professional and undergraduate schools in its goal of contributing to the end of global poverty through education, collaboration and sustained action. 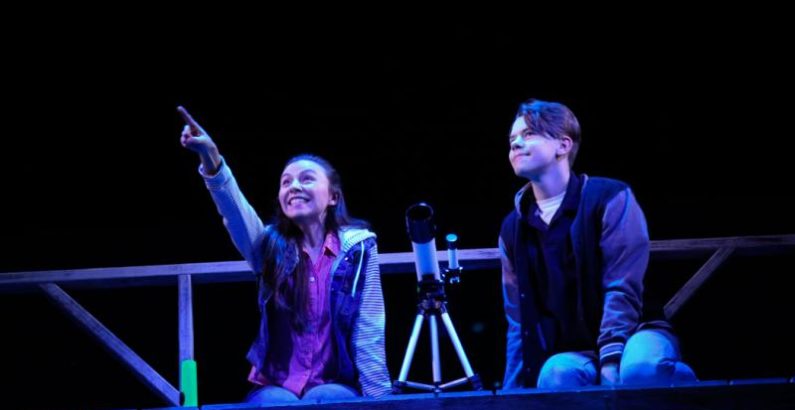