[Media Note: Click here to download a high-resolution picture of David Parsley. Vanderbilt has a 24/7 video and audio studio with a dedicated fiber optic line and a radio ISDN line. Use of the TV studio with Vanderbilt experts is free, except for reserving fiber time.]

When a homegrown politician dies suddenly, local companies show the loss of a valuable connection immediately in their share prices, according to research from the Vanderbilt Owen Graduate School of Management.

Stock prices for companies located where a politician lived or was born declined by an average of nearly 2 percent when the connection was abruptly severed, translating into millions of dollars in lost shareholder equity, found co-author David Parsley, E. Bronson Ingram Professor of Economics and Finance.

Such connected companies also tended to see a substantial drop in key performance figures. For example, sales growth for the companies studied averaged just over 12 percent during the year prior to a politician’s death, but dropped to less than 6 percent afterwards.

According to Parsley, politically connected firms realize many benefits from their relationships with lawmakers. These include preferential treatment by government-owned agencies or access to credit, relaxed regulatory oversight or stiffer regulatory oversight for rivals, lighter taxation policies or a greater likelihood of government bailouts in the event of financial distress.

“Losing these benefits when a politician suddenly dies clearly has a significant economic impact on the companies and raises serious questions about the broader impact of these connections on long-term economic growth,” said Parsley.

The unexpected death of a politician yielded a greater drop (by more than 1 percent) in stock price for family-dominated public companies, which prior research has indicated tend to be more poorly managed with less stringent corporate governance, making them likely to rely more heavily on the value of a political connection. Among other key findings:

The study examined 122 sudden deaths of politicians from around the world since 1973, for which the politician’s city of birth or residence could be identified, and then analyzed the performance of more than 8,000 publicly traded companies based in those cities at the time of death. Only politicians who died unexpectedly – from heart attack, stroke, suicide, assassination, or accidents that resulted in death within 24 hours – were included, since financial markets likely anticipated and accounted for deaths from a longer-term chronic illness, such as cancer.

According to Parsley, a politician’s city of birth or residence is a novel but logical base for determining corporate political connections.

“Politicians systematically favor local enterprises due to their need for election funding, to stimulate job creation, links with family and friends, and a host of other issues,” he said. “Quantifying the value of such political connections has been hard to pinpoint, but our analysis provides perhaps the clearest picture yet of just how much these connections are worth for shareholders.”

The study, “Sudden Deaths: Taking Stock of Geographic Ties,” is forthcoming in the June issue of the Journal of Financial and Quantitative Analysis. It was written with Professor Mara Faccio of Purdue University’s Krannert School of Management, and partially funded by the Owen School’s Financial Markets Research Center. It is available for download at http://papers.ssrn.com/sol3/papers.cfm?abstract_id=875808. 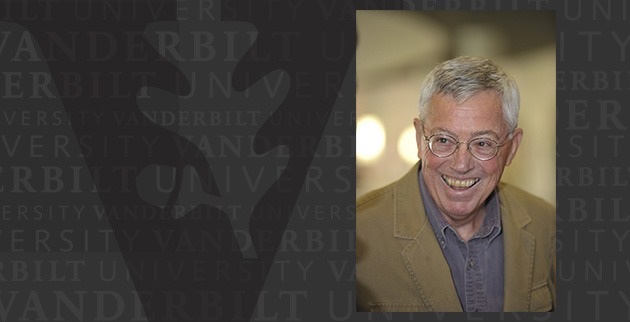