Vanderbilt has a campus broadcast facility for live TV interviews and a radio ISDN line. The News Service number (615-322-2706) has 24/7 on call information. This list will be updated as needed at www.vanderbilt.edu/news.)

Emergency Response Planning, Emergency Preparedness
Mark Abkowitz, professor of civil and environmental engineering—can discuss why New Orleans is having difficulty with emergency response and how to deal with the future of the city based on what we have learned from this disaster. Abkowitz has been involved in disaster-preparedness projects for both natural and man-made disasters. He has provided support to governmental agencies, manufacturers, transporters, regulators and emergency managers. He has served on several national and international committees. He has written more than 60 articles and study reports.
Phone: 615-343-3436, News Service: 615-322-2706 (24/7)

Crisis Decision Making, Police Response During Crisis, Looting
Ken Pence, assistant professor of civil and environmental engineering; former SWAT trainer—can discuss how decisions are made in a crisis and how to handle looters during a disaster. His doctoral research focused on issues of high-risk decision-making in times of crisis or other time-critical situations. He also looks at ways to improve incident command response. As a former Metro Nashville Police Officer, he taught riot control and confrontation management classes in this country and Europe.
Phone: 615-322-4261, News Service: 615-322-2706 (24/7)

Economic Effects of Major Disasters
Peter Rousseau, associate professor of economics—can discuss the economic effects of the disaster that has hit the Gulf Coast. Rousseau is a former financial systems analyst and Wall Street consultant who studies the financial markets from a historical perspective.
Phone: 615-343-2466, News Service: 615-322-2706 (24/7)

Impact on Universities in New Orleans
Tim Caboni, lecturer in Leadership and Organizations—can discuss the mammoth challenges facing New Orleans universities as they look towards rebuilding their campuses and programs following the devastation of Hurricane Katrina. He can discuss the particular challenges faced by some the hardest hit campuses, Xavier University of Louisiana and Dillard University, both historically black universities, as well as the University of New Orleans, Tulane University and Loyola University. Caboni previously served as senior development officer at Loyola University College of Business Administration and is a native of New Orleans. Katrina destroyed both his mother’s and his father’s homes. He is a faculty member in the Higher Education Leadership and Policy Program and serves as director of the Institutional Advancement program–the nation’s only academic program devoted solely to the preparation of advancement professionals for colleges and universities. He teaches courses in fundraising, external relations, alumni relations and university management for higher education.
Phone: 615-343-2493, News Service: 615-322-2706 (24/7)

Mass Casualties, Training Health Care Providers for Mass Casualties
Colleen Conway-Welch, dean of the Vanderbilt School of Nursing—Conway-Welch is the founding director of the International Nursing Coalition for Mass Casualty Education (INCMCE), an organization hosted by the Vanderbilt School of Nursing. The Coalition developed a five-year strategic plan for the Department of Health and Human Services to deliver a national curriculum to health care providers for mass casualty education. Conway-Welch also coordinated with Vanderbilt University Medical Center to form the National Center for Emergency Preparedness (NCEP). The NCEP was established to train medical and health care providers and emergency responders in planning for and responding to mass casualty incidents and incidents involving weapons of mass destruction. She can speak about the enormity of disaster response on this kind of scale.
Medical Center News and Public Affairs: 615-322-4747

Infectious Diseases, Medical Problems Facing Areas Hit by Disaster
William Schaffner, professor and chair of the Department of Preventive Medicine—can discuss the public health crisis facing the areas hit by the hurricane. Schaffner is a member of the Centers for Disease Control and Prevention’s Advisory Committee on Immunization Practices and a national expert on infectious diseases.
Medical Center News and Public Affairs: 615-322-4747

Medical Problems Facing Children Following Disasters
Peter Wright, professor of pediatrics; director, Pediatric Infectious Diseases—Wright has been to disaster areas a number of times over the years, during and following both natural and man-made disasters. He can speak about the progression of diseases after disasters like the one that hit the Gulf Coast, especially when it comes to children. He can also talk about the impact on the surrounding communities and about the type of aid that will be crucial to avoid more deaths from the diseases that follow in these types of catastrophes.
Medical Center News and Public Affairs: 615-322-4747

Psychological Effects of Disasters
Leonard Bickman, professor of psychology at Vanderbilt University—can discuss how people react following disasters. He has written more than 15 books, numerous articles and been the principal investigator on more than 25 major grants, including research on the psychological effects of disasters. He has completed the evaluation of the largest mental health services demonstration project ever conducted on children and adolescents. Bickman is the past president of the American Evaluation Association and the Society for the Psychological Study of Social Issues.
Phone: 615-322-8694, News Service: 615-322-2706 (24/7) 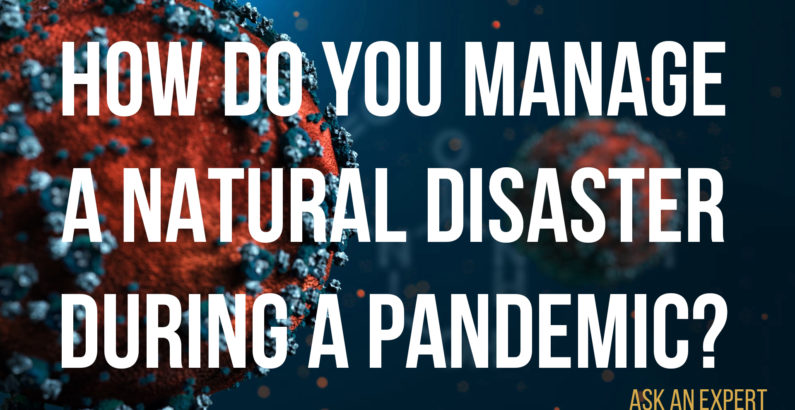 Ask an Expert: How do you manage a natural disaster during a pandemic?