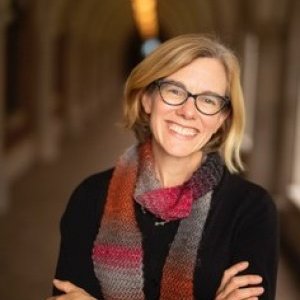 Sarah Igo's primary research interests are in modern American cultural, intellectual, legal and political history, the history of the human sciences, the sociology of knowledge, and the history of the public sphere. Her most recent book, The Known Citizen: A History of Privacy in Modern America (Harvard University Press, 2018), traces U.S. debates over privacy beginning with “instantaneous photography” in the late nineteenth century and culminating in our present dilemmas over social media and big data. Winner of the Jacques Barzun Prize in Cultural History and the Merle Curti Award for Intellectual History, The Known Citizen was also named one of the Washington Post's “notable non-fiction books” of 2018. Igo's first book, The Averaged American: Surveys, Citizens, and the Making of a Mass Public (Harvard University Press, 2007), explores the relationship between survey data—opinion polls, sex surveys, consumer research—and modern understandings of self and nation. An Editor’s Choice selection of the New York Times and one of Slate’s Best Books of 2007, The Averaged American was the winner of the President's Book Award of the Social Science History Association and the Cheiron Book Prize as well as a finalist for the C. Wright Mills Award of the American Sociological Association. Igo is also a co-author of Bedford/St. Martin’s American history textbook, The American Promise.

Gaggle Knows Everything About Teens And Kids In School

BuzzFeed News November Fri, 2019
Parents and caregivers have always monitored their kids. Sarah Igo, a professor of history at Vanderbilt University who studies surveillance and privacy, told BuzzFeed News, modern schools are often a de facto “training house for personhood.” But student surveillance services like Gaggle raise questions about how much monitoring is too much, and what rights minors have to control the ways that they’re watched by adults.

Census Has Been Subject of Legal Wrangling for Decades

We Would Have Known

Harvard Magazine June Sun, 2019
FACEBOOK’S recent admission that tens of millions of users’ personal information had been repurposed for political ends dramatizes concerns about digital-era privacy. But long before the Internet, “privacy was the language of choice for addressing the ways that U.S. citizens were—progressively and, some would say, relentlessly—rendered knowable by virtue of living in a modern industrial society,” writes Sarah E. Igo ’91, in The Known Citizen: A History of Privacy in Modern America (Harvard, $35). Igo, associate professor of history (and of political science and sociology and law) at Vanderbilt, uses all those disciplines in a sweeping overview that manages, fortuitously, to be especially timely and engagingly written, as the introduction, excerpted here, attests.

TIME June Sat, 2019
The month of July is a time for Americans to look back at the country’s past—specifically to that indelible moment in 1776 when the Second Continental Congress declared independence from Britain. But, while the nearly 250 years since then have been chock full of major milestones, not every moment that shaped the country gets the credit it deserves.

What your SSN really means — to you and potential fraudsters

Vox February Fri, 2019
Sarah Igo, a history professor at Vanderbilt University and author of The Known Citizen: A History of Privacy in Modern America, said there wasn’t “one clear event” that led to the widespread uses of the SSN we see today. Rather, it happened over decades, as government agencies and businesses adopted it as an identifier. “It’s precisely because there was no national ID in the US that there was this desire and hunger to track people and verify who they were,” says Igo. “From 1946 into the 1970s, [the Social Security card] specifically said ‘This is not an ID.’ They finally took it off in the ‘70s because everyone was using it that way.”

We Are All Research Subjects Now

The Chronicle of Higher Education October Sun, 2018
his spring, with some fanfare, Facebook and the Social Science Research Council (SSRC) announced that they would team up for a novel research collaboration. The unusual partnership has been greeted with equal parts praise and criticism. What seems undeniable, however, is what the project represents: the first outlines of a 21st-century social-research complex shaped more by big data than conventional data sets, and by corporate rather than public backing. Given its evident importance, those leading the effort will need to resist a reflexive retreat to old frameworks for ethical inquiry even as they venture into new territory.

How you helped create the crisis in private data

The Conversation April Mon, 2018
As Facebook’s Mark Zuckerberg testifies before Congress, he’s likely wondering how his company got to the point where he must submit to public questioning. It’s worth pondering how we, the Facebook-using public, got here too.

Publisher: The Hedgehog Review Authors: Sarah E. Igo
2015 What has happened to our privacy? Certainly, if recent popular titles are to be trusted--The End of Privacy, The Unwanted Gaze, The Naked Crowd, No Place to Hide (two different books!), Privacy in Peril, The Road to Big Brother, One Nation under Surveillance, and perhaps the creepiest entrant, I Know Who You Are and I Saw What You Did--we Americans are in the midst of an unparalleled privacy crisis.

Hearing the Masses: The Modern Science of Opinion in the United States

Publisher: Engineering Society Authors: Sarah E. Igo
2012 Gleaning the opinions of ordinary individuals became the object of an astonishing number of enterprises during the twentieth century: journalists hoping both to pinpoint and expand their readership, corporations to tap into and stoke consumers’ desires, state agencies and political candidates to read and influence the public mood.

“A gold mine and a tool for democracy”: George Gallup, Elmo Roper, and the business of scientific polling, 1935–1955

Publisher: Journal of the History of Behavioral Sciences Authors: Sarah E. Igo
2006 “Scientific” public opinion polls arrived on the American scene in 1936. Examining the work of opinion surveyors George Gallup and Elmo Roper, this essay tracks the early career of a new social scientific technology, one that powerfully shaped conceptions of “the public.” Pollsters described their craft as a democratic one that could accurately represent the U.S. populace.
Contact Sarah Igo