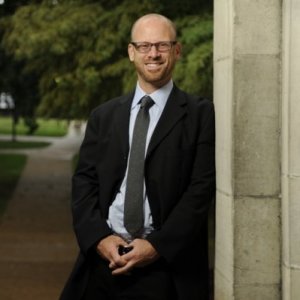 Jonathan Metzl is the Frederick B. Rentschler II Professor of Sociology and Psychiatry, and the Director of the Center for Medicine, Health, and Society, at Vanderbilt University in Nashville, Tennessee. Metzl is a gun violence expert, a professor, and a psychiatrist -- a unique combination that allows him to speak and write about gun violence in America, and in particular to address stereotypes that link guns with race or mental illness, or that blame mental illness for mass shootings and other gun crimes. Metzl has addressed these issues in numerous media outlets, including MSNBC, the Washington Post, USA Today, and more. His latest book is Dying of Whiteness: How the Politics of Racial Resentment is Killing America's Heartland.

What Trump Showed Us About America

Politico November 19, 2020
The Trump era has taught this country about the always fragile and always tenuous nature of racial progress. It taught us that narratives of white racial resentment, and of white aggression masked as victimhood, persist and are too easily manipulated.

The Atlantic October 29, 2020
But other experts’ research generally supports Hochschild’s thesis. “People look down on us, and now is our time to win,” says Jonathan Metzl, a professor of sociology and medicine at Vanderbilt University, summarizing what he has found is the attitude of some Trump voters. Given that the pandemic has disproportionately killed people of color, some white Trump supporters may write it off as a “them problem, not an us problem,” he says.

NBC News October 08, 2020
Trump began experiencing symptoms sometime around Oct. 1. Some of his staff members who would typically travel to debates with him have been diagnosed even more recently than the president. "This is clearly a strategy," said Jonathan Metzl, a professor of sociology and psychiatry at Vanderbilt University and the author of "Dying of Whiteness: How the Politics of Racial Resentment Is Killing America’s Heartland."

NBC News September 26, 2020
While therapy and mental health support is stigmatized in many communities, Black communities also contend with fear of misdiagnosis and institutionalization due to the field’s racist past, Dr. Jonathan Metzl, director of medicine, health and society at Vanderbilt University, said.

Democrats are losing White voters to Republicans. They need to shift gears.

Washington Post September 03, 2020
Is the GOP’s strategy of stoking fears of racial violence scaring White voters back into the Republican fold? Democrats should not underestimate the chances of a shift. A number of news accounts suggest that GOP messaging that links racial justice with rioting and looting and casts Democratic cities as anarchist purgatories is hitting home with voters whose support Democrats need in November. Marquette University pollster Charles Franklin found that “favorable” views of Black Lives Matter protests among White residents of Wisconsin fell from plus-22 to minus-5 between June and August. Joe Biden’s camp is now reportedly shifting focus to counter President Trump’s “law and order” message.

NPR September 13, 2019
Calls for a mandatory buyback of semi-automatic rifles during the Democratic presidential debate wasn't embraced by all candidates. It also raises questions about just how feasible such a move would be.

The Wall Street Journal August 05, 2019
Another difficulty in thwarting attacks: The vast majority of young disaffected men who embrace white nationalist ideology won’t commit mass violence, said Dr. Jonathan Metzl, a professor at Vanderbilt University who has studied the role of white nationalism in mass shootings. He said that more focus is needed on combating the ideology, given the difficulties of trying to predict the next mass shooters.

Business Insider July 18, 2019
"For a certain segment of the GOP electorate, it reaffirms why they support Trump," Jonathan Metzl, a professor of sociology and psychiatry at Vanderbilt University, told INSIDER of Trump's anti-immigrant rhetoric.

Parkland resource officer Scot Peterson stayed outside as bullets flew. Is he negligent or a scapegoat?

USA Today June 05, 2019
Jonathan Metzl, a professor of sociology and medicine, health and society at Vanderbilt University, says he is in no position to judge whether Peterson’s behavior was criminal. But he says focusing on the actions of one person raises the risk of “overlooking much bigger, systemic issues” that impact mass shootings “There is evidence that they happen less frequently in states with strong gun laws and surrounded by strong gun-law states,” he said. “Potential red flags such as someone’s personal history are obviously important. We should be careful before we lay the blame at the feet of someone who did not rush in.”

Real Time with Bill Maher May 17, 2019
Professor and author Jonathan Metzl joins Bill to discuss how the politics of racial resentment is killing America's heartland.

The interdependence of African American men's definitions of manhood and health

Mental Illness, Mass Shootings, and the Politics of American Firearms

Publisher: AMA Journal of Ethics Authors: Jonathan M. Metzl, MD, PhD and Dorothy E. Roberts, JD
2014 Physicians in the United States have long been trained to assess race and ethnicity in the context of clinical interactions. Medical students learn to identify how their patients’ “demographic and cultural factors” influence their health behaviors [1]. Interns and residents receive “cultural competency” training to help them communicate with persons of differing “ethnic” backgrounds [2].

Publisher: American Quarterly Authors: Jonathan M. Metzl
2012 Priscilla Wald's erudite retelling of the Henrietta Lacks story locates individual-level decisions about bodies and cells in the shifting terrain of politics, political economies, and notions of selfhood. Wald takes us on a sweeping tour of philosophical and economic …

Jonathan Metzl on political issues that could impact your health

Mental Illness is the wrong scapegoat after mass shootings

How political choices of some white Americans may impact their health