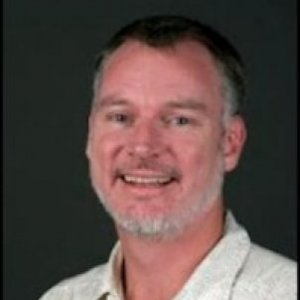 Jonathan Hiskey is Associate Professor of Political Science and Director of Graduate Studies at Vanderbilt University. Hiskey received his Ph.D. from the University of Pittsburgh in 1999, winning the 2001 American Political Science Association's Gabriel A. Almond award for best dissertation in comparative politics. After spending five years at the University of California-Riverside, he joined Vanderbilt in 2005. His research interests center on local development processes in Latin America during times of political and economic reform. In particular, much of his research has focused on the development consequences of Latin America's uneven political and economic transitions over the past thirty years, with a particular interest in Mexico. More recently, Hiskey has carried out research on the political implications of migration for sending communities across Latin America. He is the author of articles in such journals as the American Journal of Political Science, British Journal of Political Science, Comparative Politics, Electoral Studies and the Latin American Research Review. Most recently, Hiskey was a contributor and co-editor of a special volume of the Annals of the American Academy of Political and Social Science entitled "Continental Divides: International Migration in the Americas" (July 2010).

Is there a crisis at the US-Mexico border? 6 essential reads

The Conversation January Mon, 2019
For three years, first as a presidential candidate, then as president of the United States, Donald Trump has insisted that the country must stem immigration by building a wall along its southern border – an expensive gambit that few Americans support and that Democratic lawmakers virulently oppose.

Voice of America July Sat, 2018
They also questioned whether detention would stop migrants from heading north. Jonathan Hiskey, a political science professor at Vanderbilt University, said research has shown that efforts to deter immigration might dissuade some job seekers from heading north but not those fleeing violence like gang killings in El Salvador, Guatemala and Honduras. Hiskey conducted research during the surge in Central American migration in 2014 and said while many knew it was tougher to make it to the United States, those who were crime victims still planned to try. And the prospect of being detained upon arrival — something the Obama administration tried with family detention centers — wouldn’t stop them.

Wall Street Journal July Thu, 2018
In the early 2000s, millions of undocumented Mexicans crossed the U.S. border in search of work. Nearly two decades later, border crossings look remarkably different. The number of Mexicans has plummeted. Other countries are now the source of most undocumented immigrants. And their motivation for taking the risk is different.

The face of Latin American migration is rapidly changing. US policy isn’t keeping up

The Conversation April Wed, 2017
A fundamental shift in U.S. immigration patterns is well underway. Recent rhetoric from President Donald Trump and the focus of U.S. immigration policies suggest that Mexicans entering the U.S. without authorization are the principal challenge facing policymakers. That is no longer the case. The era of Mexico as the primary source of immigrants to the U.S. appears to be coming to a close.

What’s in a name? Migrant vs. refugee vs. illegal immigrant

MSNBC May Thu, 2016
Jonathan Hiskey, a political science professor at Vanderbilt University, released a study earlier this year to offer an explanation of why families were fleeing their homes in the first place. To gauge the degree of their desperation, researchers asked whether two main factors would deter their travels – if Central Americans fully understood the extreme dangers of the journey and that they’re not welcome in the U.S., would they still take the risk? “It has no impact whatsoever on their decision to migration,” Hiskey said. “It is violence, not U.S. immigration policy, that is most influencing the migration.”

VICE May Thu, 2016
Though these women said that they were not aware of the measures taken by the government to discourage people from migrating, immigration experts have found that even those who are aware of such penalties aren't discouraged from coming. Jonathan Hiskey, a political science professor at Vanderbilt University who surveyed 12 Honduran municipalities in 2014, found that individuals said that they were just as likely to migrate despite a heightened risk of deportation and other punishments. "A respondent who thought it was harder to get into the US and more likely to be deported was equally likely to migrate as one who thought it was easier," Hiskey said. He found that 85 percent of respondents were aware that the risk of deportation had increased after 2013, but it made no difference to them. Instead, they said their decisions to migrate would be most influenced by crime.

Leaving the Devil You Know: Crime Victimization, US Deterrence Policy, and the Emigration Decision in Central America

Publisher: Latin American Research Review Authors: Hiskey, Jonathan T., Abby Córdova, Mary Fran Malone, and Diana M. Orcés
2018 Following a sharp increase in the number of border arrivals from the violence-torn countries of Guatemala, El Salvador, and Honduras in the spring and summer of 2014, the United States quickly implemented a strategy designed to prevent such surges by enhancing its detention and deportation efforts. In this article, we examine the emigration decision for citizens living in the high-crime contexts of northern Central America.

Publisher: Comparative Political Studies Authors: Jonathan T. Hiskey, Mason W. Moseley
2017 Though a general consensus exists regarding the significance of perceived performance in voters’ evaluations of incumbent governments, much of the research underlying this consensus has been carried out across political systems with little internal variance in the degree of democracy. We propose that in emerging regimes, where such uniformity in terms of the territorial diffusion of democracy is not a given, characteristics of subnational political regimes can prevent electoral linkages from forming.

Publisher: Comparative Political Studies Authors: Abby Córdova, Jonathan Hiskey
2015 The dramatic rise of democratic regimes around the world has coincided with an equally significant increase in migration, characterized by an unprecedented movement of people from emerging to established democracies. Through analysis of survey data from six Latin American countries, we offer an empirical evaluation of theoretical mechanisms through which migration can shape the political behaviors of non-migrants in sending nations.

Publisher: Journal of Politics in Latin America Authors: Dr. Brian M. Faughnan, Dr. Jonathan T. Hiskey, Scott D. Revey
2014 Scholars of the world's most recent democratization processes have tended to focus on how national-level institutions have developed and how citizens have interpreted and responded to those developments. In this paper, we argue that the distinct subnational political environments that emerge from uneven national regime transitions are important determinants of how people view their political world.

Democracy, Governance, and Emigration Intentions in Latin America and the Caribbean

Publisher: Studies in Comparative International Development Authors: Jonathan Hiskey, Jorge Daniel Montalvo, Diana Orcés
2014 It is now clear that the global shift toward democracy in recent decades has resulted in a highly uneven democratic landscape in which the quality and performance of democracies around the world vary greatly. In an era characterized by increasingly open borders to goods, services, information, and, at times, labor, we argue that poorly performing, uneven democracies have become an important, yet underexplored, component in one’s emigration calculus.

Crime, Not Money, Drives Migration From El Salvador and Honduras