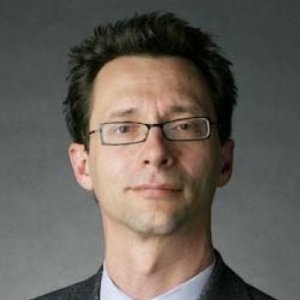 Expert on the impact of human behavior and public policy on climate, with a focus on how small changes add up to make big differences.

Jonathan M Gilligan is Associate Professor of Earth and Environmental Sciences and Associate Professor of Civil and Environmental Engineering at Vanderbilt University. He is Associate Director for Research at the Vanderbilt Climate Change Research Network, a member of the Vanderbilt Institute for Energy and Environment, the Vanderbilt Initiative for Smart-city Operations Research and a founding member of the Erdős Institute for Collaboration, Innovation, and Entrepreneurship. In 2017, Gilligan and Michael Vandenbergh received the Morrison Prize, awarded by the program in Law and Sustainability at Arizona State University to the highest-impact paper on sustainability law and policy published in the previous year. He is the author of one book and over 86 scholarly articles. He is also co-author, with Carol Gilligan, of the play “The Scarlet Letter” and the libretto for the opera “Pearl.”

This past winter in Nashville was unusually warm and rainy. And it looks like spring will be, too.

Tennessean March 19, 2019
"Winters have gotten so warm in the last 20 or so years that people forget. Weather that wouldn't have been remarkably cold 30 or 40 years ago seems extraordinarily cold today," said Jonathan Gilligan, associate professor of earth and environmental sciences at Vanderbilt University.

Tennessean October 10, 2018
Studies show there is “high confidence that extreme rainfall has become more common over North America and the United States," said Jonathan Gilligan, professor in the Department of Earth and Environmental Sciences at Vanderbilt. Scientists have "medium confidence that the change is because of human influence on climate,” he added.

This is why Nashville's transit plan, as proposed, is the only option

Tennessean March 24, 2018
Some have suggested that the “Let’s Move Nashville” plan, on the Metro ballot May 1, is deficient because it relies too heavily on mass transit and won’t reduce traffic congestion. We are confident that the plan can reduce congestion and, what’s more, provide multiple convenient, affordable transportation options for everyone who needs them. Expanding the system’s total capacity with light rail corridors will improve the quality of life for current and future residents who desire development that’s also pedestrian-oriented, not auto-centric.

Science Magazine December 18, 2017
In a thoughtful and far-ranging new book, Michael P. Vandenbergh and Jonathan M. Gilligan turn that view upside down. Both from Vanderbilt University—Vandenbergh a lawyer and Gilligan a professor of civil and environmental engineering—the authors help explain why firms from Coca-Cola to UPS are motivated to be leaders in cutting emissions. That leadership helped pave the road to the Paris Agreement and has been a growing source of political support for the accord even as the Trump Administration has announced that the United States will pull out.

The Conversation June 20, 2017
With President Trump’s announcement to pull the United States out of the Paris Agreement, many other countries around the world – and cities and states within the U.S. – are stepping up their commitments to address climate change. But one thing is clear: Even if all the remaining participating nations do their part, governments alone can’t substantially reduce the risk of catastrophic climate change.

Publisher: American Geophysical Union Authors: Witte, A.; Hornberger, G. M.; Gunda, T.; Gilligan, J. M.
2018 Water use patterns in the U.S. have been shown to be highly variable geographically. This observation led us to consider whether there were similar geographic distinctions in the relationship between public awareness and understanding of water issues and water related behaviors.

Publisher: American Geophysical Union Authors: Tasich, C. M.; Gilligan, J. M.; Goodbred, S. L., Jr.
2018 The inhabitants of the low-lying tidal reaches of the Ganges-Brahmaputra delta rely on polders (earthen-embanked islands) to protect against tidal inundation and storm surge. These embankments have reclaimed land supporting a population of 20 million people but have disconnected the land from the tidal network.

Sediment Accretion and Erosion in Poldered and Non-Poldered Regions within the Ganges-Brahmaputra-Meghna Delta, Bangladesh: Implications for River Channel Migration and Flood Risk

Publisher: American Geophysical Union Authors: Valentine, L. A.; Wilson, C.; Rogers, K. G.; Carrico, A.; Donato, K.; Gilligan, J. M.
2018 The Ganges-Brahmaputra-Meghna Delta (GBMD) is one of the world's largest deltaic systems, with a surface area 100,000 km2 draining a catchment of over 1.6 million km2. It has the highest sediment discharge and third highest water discharge in the world, making it one of the most dynamic deltas. Additionally, the GBMD is densely populated with 400-1,200 people per km2.

Publisher: American Geophysical Union Authors: Best, K.; Gilligan, J. M.; Baroud, H.; Carrico, A.; Donato, K.; Ackerly, B.; Mallick, B.
2018 The decision to migrate is complex, and is often influenced by a combination of economic, social, political, and environmental pressures. Seasonal, internal migration is a common strategy for livelihood diversification utilized by rural communities in Bangladesh. It is, however, unclear how these existing patterns of mobility will be impacted by future climate change and environmental variability that are expected to increase pressure on vulnerable coastal communities.

Beyond Politics: Private industry needs to step up on climate change