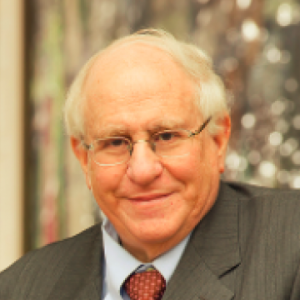 Jim Blumstein ranks among the nation’s most prominent scholars of health law, law and medicine, and voting rights. He is currently one of 16 University Professors at Vanderbilt; he was the first awarded that title in the law school and the first to receive a second tenured appointment in Vanderbilt Medical School. The director of Vanderbilt’s Health Policy Center, Professor Blumstein has served as the principal investigator on numerous grants concerning managed care, hospital management and medical malpractice. His peers recognized his leadership in health law and policy by electing Professor Blumstein to the National Academy of Sciences’ Institute of Medicine, and he was awarded the Earl Sutherland Prize, which is Vanderbilt’s preeminent university-wide recognition for lifetime scholarly contributions. In 2007, he received the prestigious McDonald-Merrill-Ketcham Memorial Award for Excellence in Law and Medicine from the University of Indiana and delivered the award lecture on hospital-physician joint-venture relationships. Professor Blumstein has been the Olin Visiting Professor at the University of Pennsylvania Law School, an adjunct professor at Dartmouth Medical School, and a visiting professor at Duke Law School and at Duke’s Institute of Policy Sciences and Public Affairs. He has served as former Tennessee Governor Phil Bredesen’s counsel on TennCare reform and has participated actively in a number of Supreme Court cases, arguing three. In 2014, Professor Blumstein received a secondary appointment as a Professor of Management at the Owen Graduate School of Management. A dedicated teacher, Professor Blumstein has received the law school’s student-sponsored Hall-Hartman Teaching Award. He joined Vanderbilt’s law faculty in 1970.

Voice of America January Thu, 2020
As House Democrats lay out their case against Donald Trump in the Senate, the White House is mounting an aggressive defense arguing that the president did not commit an impeachable offense and should not be removed from office.

No Halloween Trick, Attorney Argues for Himself at Supreme Court

Bloomberg Law October Wed, 2018
James Blumstein, a professor at Vanderbilt Law School, doesn’t agree, however. Blumstein argued on behalf of himself and other disenfranchised Tennessee voters in 1971. They challenged a law requiring voters to have lived in the state for one year and the county for three months before registering to vote. And he won.

Reuters January Thu, 2018
But James Blumstein, a professor of constitutional law and health law at Vanderbilt University Law School, said he was skeptical that the plaintiffs in the Kentucky case would prevail. He said HHS has broad authority to determine what was likely to advance Medicaid’s objectives.

Reuters January Thu, 2018
James Blumstein, a professor at Vanderbilt Law School in Tennessee, said the administration’s plan could remedy what he described as years of overreach by the federal government fighting discrimination against patients at the expense of the religious freedom of healthcare professionals.

How to End ObamaCare in Two Pages

Wall Street Journal September Mon, 2017
The GOP’s push to repeal the Affordable Care Act is running out of steam—and time. Unless Republicans can agree by Sept. 30, they won’t be able to pass a bill without 60 Senate votes. So here’s a wild idea: Instead of repealing ObamaCare, make it unconstitutional.

Mic December Sat, 2016
Finally, only one, Vanderbilt constitutional law professor James Blumstein, suggested the entire gripe with Trump's business conflicts was illegitimate, saying the conflicts are being "trumped up by the president-elect's opponents" in an effort Blumstein likened to Japanese soldiers refusing to acknowledge the country's defeat in World War II.

Could Iran continue its nuclear program in Syria?

The Conversation October Thu, 2015
Listening to President Obama and other supporters of the Iranian nuclear agreement, one might well be justified in thinking back to the ill-fated Maginot Line – one of the most ineffective security strategies used in Europe before World War II. The Maginot Line was a defense strategy designed by the French after World War I to guard against invasion by Germany. The Maginot Line did not work.

When the House of Representatives Can Sue the President

The Atlantic September Mon, 2015
t’s a portentous line to cross, because, as Vanderbilt Law Professor James F. Blumstein said in an interview, “there are a lot of risks in allowing the House to have institutional standing.” Deciding this question will involve the courts in the poisonous partisan atmosphere of the capital in 2015. On the other hand, Blumstein notes, “the strongest possible case [for standing] is in the appropriations context.” It is one thing to tell the House and the President to fight it out politically, Blumstein notes, but “when the House goes to war it does it with the power of the purse.” If Congress can’t stop appropriations, then that power is negated. A claim that the executive has usurped that power may really be a claim that the House is on fire.

Threats to Religious Liberty: On Campuses and Across the Nation