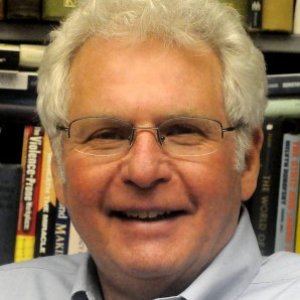 Expert in the American labor movement, the creative class, and work and occupation issues generally.

Dan Cornfield is Professor of Sociology, Political Science, and American Studies at Vanderbilt University, Editor-in-Chief of Work and Occupations, and a Fellow of the Labor and Employment Relations Association. His work on artist careers, labor, civil rights, and immigration addresses the formation of inclusive and expressive occupational communities and their impact on cultural pluralism. During his Fellowship year at the Curb Center, Cornfield and a team of sociology graduate students will examine the role of local arts agencies in promoting cultural equity and community engagement in the arts in the U.S. His Beyond the Beat: Musicians Building Community in Nashville (Princeton University Press) addresses how indie musicians strengthen their inclusive and diversifying peer community of artists in the contemporary era of the gig economy and heightened identity politics, based on his in-depth interviews with 75 Nashville popular-music musicians. Dan’s work has been widely published in social science journals, including the American Journal of Sociology, Social Forces, and the ILR Review. Among his books are Becoming a Mighty Voice (Russell Sage Foundation) and Worlds of Work (Springer), co-edited with Randy Hodson. He has chaired the Metropolitan Nashville Human Relations Commission, advised WNPT (Nashville public television) in the production of its Emmy Award-winning documentary series on Nashville immigrants “Next Door Neighbors,” and presently advises the Future of Music Coalition on its artist revenue streams project and the National Endowment of the Arts on its research lab initiative, “The Arts, Creativity, Cognition and Learning.” Cornfield earned his BA (1974), MA (1977), and PhD (1980) all in sociology from the University of Chicago.

NBC News September Wed, 2019
“For many workers, the pay gap between Barra and the workers symbolizes the actual gap between the haves’ and the have nots’ in the U.S. and the disappearance of many career ladders that have made the American dream an increasingly unattainable dream for millions of working families,” Vanderbilt University sociology professor Dan Cornfield, who studies the plight of U.S. workers in the changing economy, wrote in response to questions from NBC News.

Politico September Tue, 2019
The strike comes at a time when other worker movements have gained momentum in the past year and a half, Dan Cornfield, a labor expert and professor of sociology at Vanderbilt University, told Morning Shift. “That usually happens when the economy improves and workers feel more secure about making demands and not fearing unemployment so much.”

NPR June Sat, 2019
"It's not unusual for governors and U.S. Senators to vociferously oppose unions in private companies," Daniel Cornfield, a labor expert at Vanderbilt University, told NPR. "What is unusual is this governor went inside the plant and directly talked to the workers."

Reuters August Wed, 2017
“If the union wins, it will encourage other in the South to unionize,” Vanderbilt University labor analyst Daniel Cornfield said. “If the company wins, it will make it more difficult for the UAW to organize elsewhere in the South.”

The Tennessean July Fri, 2017
"It is often very tense," said Vanderbilt University sociologist Dan Cornfield, who has studied unions. "It's tense because both sides feel a lot is riding on it for them."

New York Times July Tue, 2017
“Some of the issues I gather in the Nissan plant are similar to the issues in Chattanooga and elsewhere,” said Daniel Cornfield, a labor expert at Vanderbilt University. “But in the case of Mississippi, they are being framed in terms of respect and disrespect for workers, and linking that to a civil rights orientation.”

Alabama Vote Is Rare Win in the South for the U.A.W.

New York Times September Wed, 2015
When the results of a vote to join the United Automobile Workers union was announced late Wednesday at the Commercial Vehicle Group (C.V.G.) in Piedmont, Ala., the “hollering and whooping” echoed throughout the plant, said Alan Amos, a welder there.

The State of the Union 2015 – theater, traditions, politics

The Conversation January Tue, 2015
Television and video focus our attention on facial expressions. Since the contents and contexts of the SOTU have been heavily discussed (both before and after its delivery) by partisans, journalists and academics, I decided to write about what the faces said to us viewers during the speech and to listen carefully to the president’s tone of voice. Obama began in a key of confidence and concluded in a pleading higher register that reminded me of James Stewart as Jefferson Smith in the early, relatively composed stage of his fictional filibuster in the movie Mr. Smith Goes to Washington. He did not soar, as he is famous for, but the uplift echoed those orations past.

Randy Hodson, Agent of a New Sociology of Work: Remembrance, Reflection, and Celebration

Publisher: A Gedenkschrift to Randy Hodson: Working with Dignity Authors: Daniel B. Cornfield
2016 In eulogizing Randy Hodson, I reflect on and celebrate the development and deepening of Randy’s intellectual legacy as I have seen it unfold and intersected with it at different points over the years. Our careers commenced in 1980 as labor sociologists were turning their attention toward worker agency in an emerging post-bureaucratic era of neo-liberalism.

Publisher: Mobilization: An International Quarterly Authors: Larry W. Isaac, Jonathan S. Coley, Daniel B. Cornfield, and Dennis C. Dickerson
2016 Employing a unique sample of participants in the early Nashville civil rights movement, we extend the micromobilization literature by conceptualizing “preparation pathways” (or schooling channels) through which activists acquire insurgent consciousness and capital so crucial for committed, effective, high-risk activism. We identify two key pathways in which activists were “schooled” in nonviolent praxis—experience in nonviolent direct action prior to the Nashville movement and training through intensive, highly organized, and disciplined workshops on nonviolence praxis.

Publisher: Nonviolent Conflict and Civil Resistance Authors: Larry W. Isaac, Daniel B. Cornfield, Dennis C. Dickerson, James M. Lawson, Jonathan S. Coley
2012 While it is generally well known that nonviolent collective action was widely deployed in the US southern civil rights movement, there is still much that we do not know about how that came to be. Drawing on primary data that consist of detailed semistructured interviews with members of the Nashville nonviolent movement during the late 1950s and 1960s, we contribute unique insights about how the nonviolent repertoire was diffused into one movement current that became integral to moving the wider southern movement.
Contact Daniel Cornfield