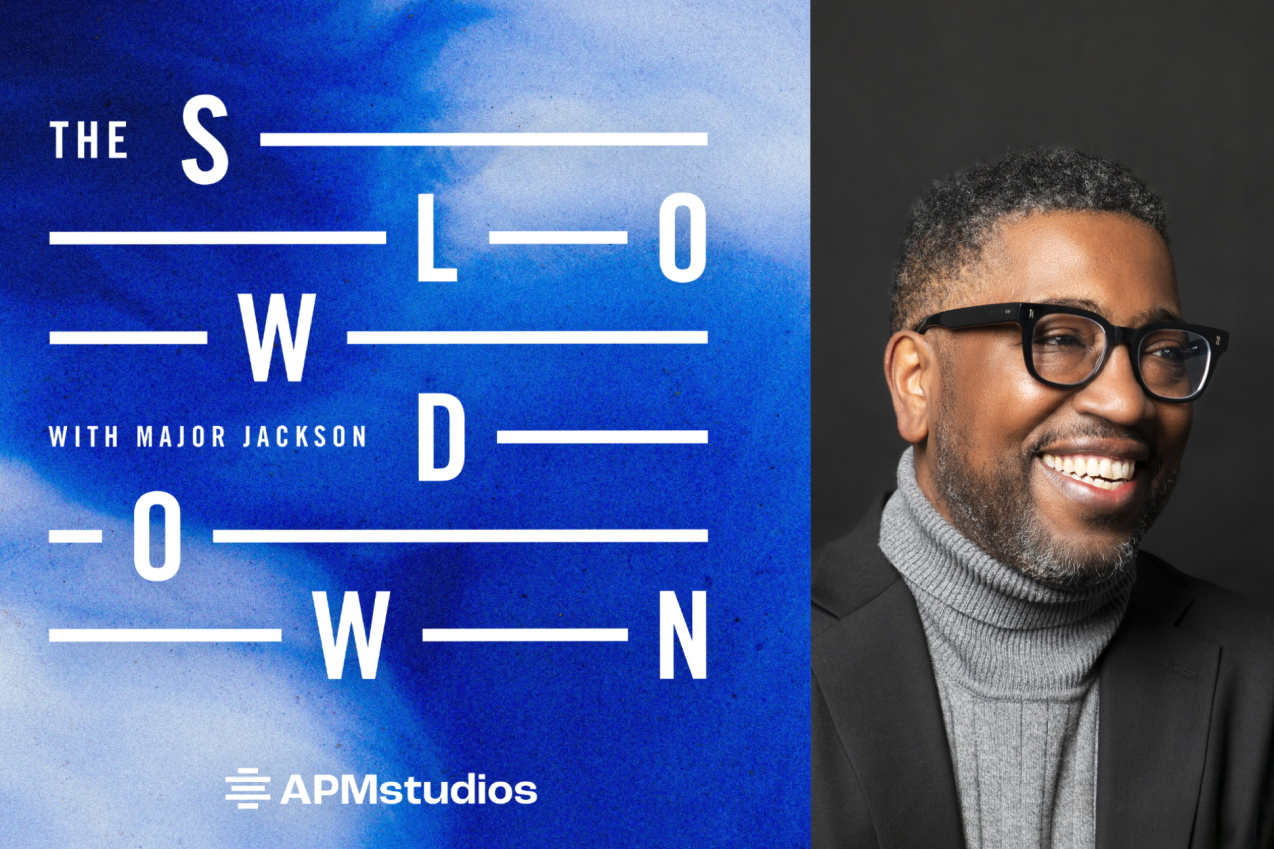 Major Jackson, professor of English, director of creative writing and holder of the Gertrude Conaway Vanderbilt Chair in the Humanities, has been named the new host of the celebrated poetry podcast The Slowdown.

The Slowdown is produced by American Public Media in partnership with the Poetry Foundation. The podcast is also supported in part by the National Endowment for the Arts.

“Since its first episode, each morning I listened to The Slowdown, a ritual in my day as essential as taking a walk or brushing my teeth,” Jackson said. “Through the open-ended splendor of a poem, the podcast’s hosts encouraged me to find possibility and power in the small moments and sacred mysteries. Even before walking out the door, I felt energized, occasionally provoked, by poetry’s wisdom and the daily wonders occasioned by the simple act of listening. I felt prepared to enter the thick of my workday with just a little more understanding and curiosity. Poetry allows us to collect the rich chorus, that is our tender humanity, within us. I am excited to continue the amazing privilege of daily presenting a poem knowing some listener will feel renewed, maybe even seen, and even better, transformed by the grace of insightful language.”

According to a release, Jackson takes over hosting duties from Ada Limón, who is departing to become the 24th poet laureate of the United States. “Major and I have known each other for over 20 years, and I was delighted to hear that he was selected to take over the show,” Limón said. “I know The Slowdown will benefit from his insight, humor and wisdom, and that he will be helming the ship with both grace and warmth.”

Jackson is the author of six books of poetry, including Razzle Dazzle: New & Selected Poems (2023), The Absurd Man (2020), Roll Deep (2015), Holding Company (2010), Hoops (2006) and Leaving Saturn (2002), which won a Cave Canem Poetry Prize for a first book of poems. His edited volumes include Best American Poetry 2019, Renga for Obama and Library of America’s Countee Cullen: Collected Poems. He is the author of A Beat Beyond: The Selected Prose of Major Jackson edited by Amor Kohli.

Jackson is a recipient of fellowships from the Fine Arts Work Center in Provincetown, Guggenheim Foundation, National Endowment for the Arts and the Radcliffe Institute for Advanced Study at Harvard University. He has been awarded a Pushcart Prize and a Whiting Writers’ Award and has been honored by the Pew Fellowship in the Arts and the Witter Bynner Foundation in conjunction with the Library of Congress. Jackson’s poems and essays have been published in American Poetry Review, The New Yorker, Orion Magazine, Paris Review, Ploughshares, Poetry London and many distinguished journals. He also serves as the poetry editor of The Harvard Review.