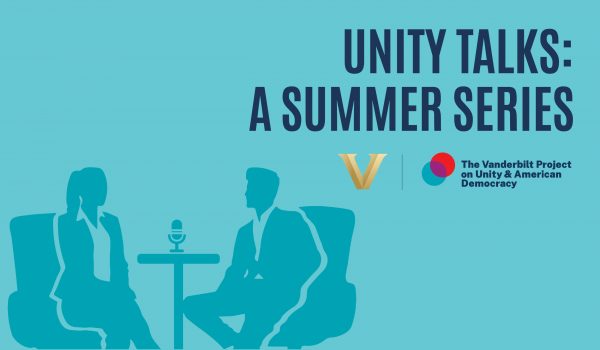 These conversations will focus on the important issues facing America today, the relevant work and ongoing research of the guests, and ideas for how people can make sense of the dizzying onslaught of news and events at home and abroad—and how they can help. Each one-on-one interview between a Unity Project co-chair and their guest will range from 20 to 30 minutes and will be available at Vanderbilt.edu/unity.

Sign up for the On Unity newsletter to find out about each new episode.