A virtual panel of students, faculty and staff from Vanderbilt’s Asian, Asian American and Pacific Islander communities shared painful personal reflections as well as suggestions for change as they discussed the rise of violence, racism, xenophobia and anti-Asian sentiment. The event, which took place on April 19, was the second in the “This Moment in America” series hosted by the Office for Equity, Diversity and Inclusion.

“At Vanderbilt we must be compelled to value our vibrant diversity and be even more committed to inclusion,” said Dr. André L. Churchwell, vice chancellor for equity, diversity and inclusion and chief diversity officer for Vanderbilt University and Vanderbilt University Medical Center, who led the discussion. “We must ask questions like, ‘What does this moment feel like from different perspectives? What does equity and inclusion look like in such turbulent times? How can we learn from one another and ultimately come together to support one another with a spirit of critical inquiry and mutual respect?’”

The panelists all reflected on the recent fatal shootings of eight women in Atlanta, six of whom were of Asian descent.

“I came here to speak words of optimism … but I’m tired because people really haven’t known about anti-Asian racism until mass media finally considered it a trendy topic in the last few months. This has been going on for hundreds of years,” said Iris Kim, a senior in the College of Arts and Science and founder of the Vanderbilt Asian American Studies Initiative.

Thao Le, an M.D./Ph.D. candidate in molecular physiology and biophysics, expressed the emotional challenges of shifting her “anxious and sometimes indignant energy” into positive places when she sees repeated stereotypes of Asian women being thought of as submissive or being treated as sex objects, which she says are misperceptions rooted in racism and imperialism.

“I can’t help but see myself in the victims of the Atlanta shootings,” Le said. “My mom and I learned massage therapy together when I was younger in Vietnam. My mom herself earns most of her income by giving acute pressure massages to older adults.”

‘Treat racism as a pandemic’

Many of the panelists echoed the sentiment that racism in the U.S. often, and repeatedly, leads to violence.

“These are problems rooted in white supremacy and institutional racism that are systemic, and they need to be addressed as so,” said Abhi Nathan, a senior in the College of Arts and Science and president of the South Asian Cultural Exchange.

“We have to treat racism as a pandemic and put the funding and research behind it, including doing a much better job of educating people about our shared history,” said Ben Tran, associate professor of Asian studies and English.

Tran talked about historical events such as the building of railroads, certain Asian populations serving as indentured laborers, segregation in schools and multiple wars involving Asian countries as moments in a shared history that exacerbated anti-Asian racism and abuse.

He and several students expressed their desire for more classes at Vanderbilt that teach about differing Asian cultures and their ties to American history, stressing that bias often starts with ignorance.

“Right now the AAPI [Asian American Pacific Islander] label is used to define … people of nearly 50 different races and ethnicities,” Nathan said. “That’s a huge diversity to be captured under a single label.”

Panelists also called for more social programs and eventually a cultural center not only to enlighten the campus community, but also to bring Asian groups together.

Participants in Monday’s event also pointed to obstacles that exist in parts of Asian culture to seeking therapy or talking openly about concerns over racism and sexism. Cayla Leung, a doctoral intern in psychology at the University Counseling Center, emphasized that repeated discrimination exacerbates depression and anxiety.

“I don’t want the conversation to end after this panel, and I don’t want another horrific attack to be the only reason people are talking about anti-Asian discrimination,” Leung said. 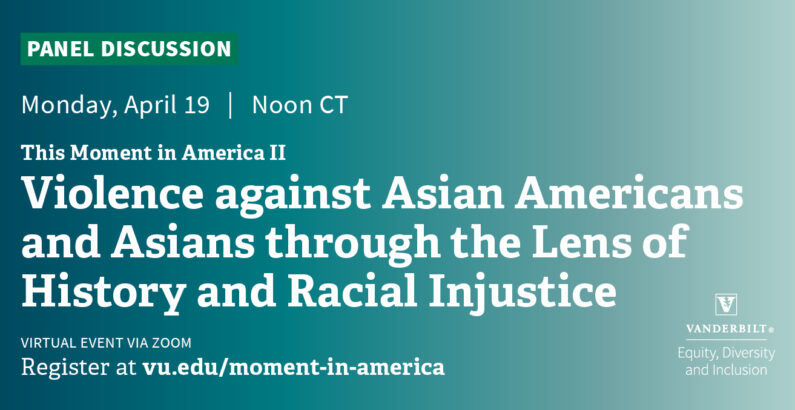 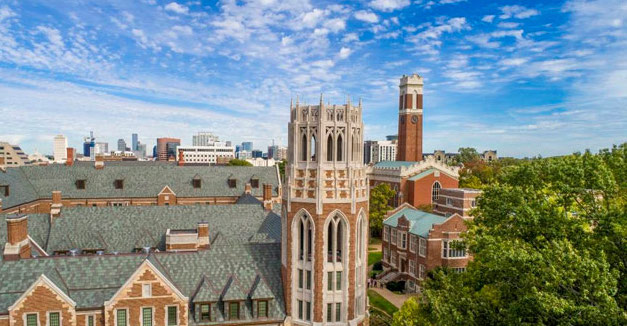 Message from university leaders on standing united with the AAAPI community