Three recent titles from Vanderbilt University Press examine the history and celebrate the culture that distinguish Nashville as a unique Southern city. 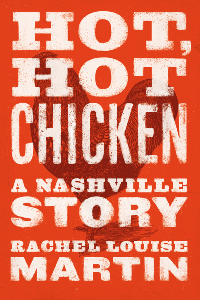 Hot, Hot Chicken: A Nashville Story by Rachel Louise Martin recounts the history of the city’s Black communities through the story of “hot chicken,” a distinctly Nashville delicacy.

The James Beard Foundation recognized Nashville restaurant Prince’s Chicken Shack with an American Classic Award for inventing the dish, and for almost 70 years hot chicken was made and sold primarily in Nashville’s Black neighborhoods. It has since become a “must-try” Southern food, with restaurants across the globe advertising that they serve their chicken “Nashville-style” and thousands of people attending the Music City Hot Chicken Festival each year.

Martin’s book spans the city’s history from the Civil War to March 2020, when a tornado ripped through North Nashville, and delivers a powerful message about race relations in the city, especially as Nashville confronts its future. 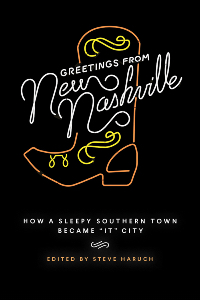 The transformation of Nashville from a sleepy Southern town to an “it” city is examined in Greetings from New Nashville, edited by Steve Haruch.

In 1998, Nashville welcomed roughly 2 million visitors each year; by 2018, that number had ballooned to 15.2 million. Between 1998 and 2018, the permanent population of Nashville grew by 150,000. Haruch’s book asks, “Why Nashville, why now, and what made all this change possible?” It also explores how the city’s transformation hasn’t been universally positive, as some Nashville natives and longtime residents have been pushed to the fringes by rising housing costs.

Social equality has long been foundational to Nashville’s history. I’ll Take You There: Exploring Nashville’s Social Justice Sites, edited by Amie Thurber and Learotha Williams, collects stories written by and with the people who most intimately know the city. 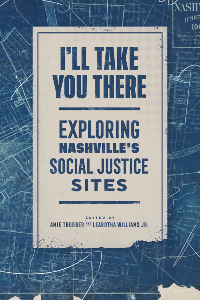 In the book, more than 100 Nashvillians “take us there,” guiding readers to places they might not otherwise encounter. The entries bear witness to the ways in which power has been used by social, political and economic elites to tell or omit certain stories while also celebrating the power of counter-narratives as a tool to resist injustice. Each entry is simultaneously a story about place, power and the historic and ongoing struggle toward a more just city for all. I’ll Take You There will be published in May.

“Vanderbilt University Press already has a profile as an excellent scholarly publisher across critical fields that mirror the university’s strengths. But our recent titles about Nashville introduce VU Press to new audiences and lift up stories that highlight the dynamic communities and individuals who have pushed for social change in Nashville’s past and present,” said Gianna Mosser, director of Vanderbilt University Press. “If you are interested in learning about Nashville, we want to be the place you come to for well-researched regional nonfiction, and these three recent books set the tone for our current and future priorities.”

For more information about these and other titles, visit the Vanderbilt University Press website.