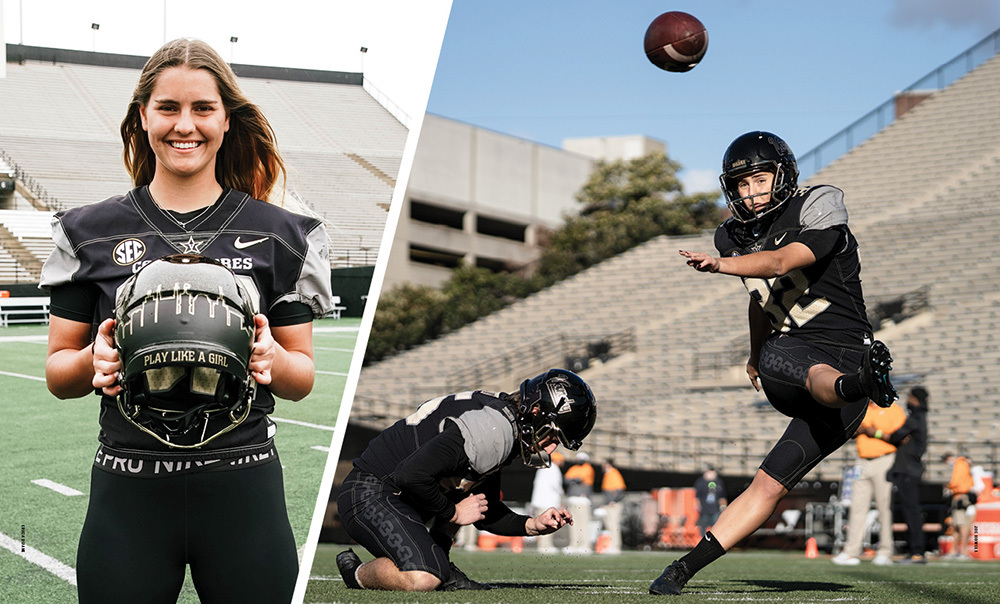 Senior student-athlete Sarah Fuller became the first woman to play in a football game in the Southeastern Conference and for a Power Five program when she kicked off at the start of the second half against the University of Missouri on Nov. 28. The history-making squib kick was celebrated across the sports world, drawing praise on social media from Los Angeles Dodgers pitcher and fellow Commodore David Price, ’09, tennis legend Billie Jean King, NFL quarterback Russell Wilson, soccer star Carli Lloyd, and many others. Fuller, who made history again two weeks later against the University of Tennessee when she became the first woman to score in a Power Five game, also was chosen to introduce Vice President Kamala Harris during a televised prime-time presidential inauguration event on Jan. 20. “All I want is to be a good influence to the young girls out there because there were times that I struggled in sports,” says Fuller, who normally serves as goalkeeper for the recently crowned SEC Champion Vanderbilt soccer team. “But I am so thankful I stuck with it.” Photos by Erica Duane and Joe Howell.