Sean B. Carroll, a world-renowned evolutionary biologist whose discoveries have shed light on the evolution of animal diversity, will deliver the 2021 Darwin Day Lecture on Wednesday, Feb. 10, at 3:10 p.m. CT. Carroll’s talk, part of the Vanderbilt Evolutionary Studies Initiative’s International Darwin Day celebrations, is free and open to the public. Registration is required.

Carroll is an award-winning scientist, author, educator and film producer. He leads the Department of Science Education of the Howard Hughes Medical Institute, the largest private supporter of science education activities in the U.S. He also is the head of HHMI Tangled Bank Studios and is the Andrew and Mary Balo and Nicholas and Susan Simon Endowed Chair of Biology at the University of Maryland. He is also professor emeritus of genetics and molecular biology at the University of Wisconsin. His lecture “A Series of Fortunate Events,” which is based on his latest book, tells the story of the awesome power of chance and how it is the surprising source of all the beauty and diversity in the living world. 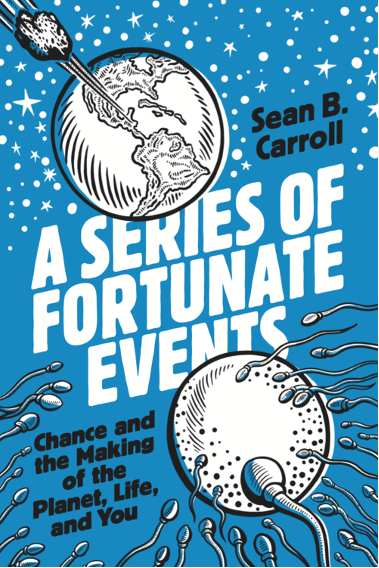 An internationally recognized evolutionary biologist, Carroll has centered his laboratory research on the genes that control animal body patterns and play major roles in the evolution of animal diversity. In recognition of his scientific contributions, Carroll has received the Benjamin Franklin Medal in Life Sciences, been elected to the National Academy of Sciences and the American Philosophical Society, been named a Fellow of the American Academy of Arts and Sciences and the American Association for the Advancement of Science, and been elected an Associate Member of the European Molecular Biology Organization.

A prominent science communicator in print, on radio and on television, Carroll is the author of multiple books, including The Serengeti Rules: The Quest to Discover How Life Works and Why It Matters (Princeton University Press, 2016), and Brave Genius: A Scientist, A Philosopher, and Their Daring Adventures from the French Resistance to the Nobel Prize (Crown, 2013). For his many literary contributions, Carroll received Rockefeller University’s Lewis Thomas Prize for Writing about Science in 2016.

Carroll has served as executive producer or executive in charge of several feature documentary films or series including Oliver Sacks: His Own Life (2020), Rise of the Mammals (2019), Backyard Wilderness (2018), The Farthest (2017), Amazon Adventure (2017), The Lucky Specials (2017), Spillover: Zika, Ebola & Beyond (2016), Mass Extinction: Life at the Brink (2014) and Your Inner Fish (2014), as well as approximately 20 short films. These have garnered him various awards, including one Emmy and two Emmy nominations.

For his educational contributions, Carroll has received the Stephen Jay Gould Prize for the advancement of the public understanding of evolution from the Society for the Study of Evolution, the Distinguished Service Award of the National Association of Biology Teachers, and the Viktor Hamburger Outstanding Educator Award from the Society for Developmental Biology, in addition to numerous honorary lectureships. Carroll was named one of America’s most promising leaders under 40 by Time magazine in 1994.

The Vanderbilt Evolutionary Studies Initiative was established in August 2019 with the aim of uniting a remarkably diverse array of scholars from a variety of disciplines with broad interests and expertise in evolution-related fields.