Vanderbilt University is urging the U.S. Department of Homeland Security to withdraw a new proposal that would limit the duration of international student visas to either four or two years, depending on a student’s home country or country of birth.

In a letter to DHS, Chancellor Daniel Diermeier expressed the university’s strong opposition to the proposal, noting that the rule is “incompatible with the core values of Vanderbilt University” and that it “further adds to signals that the U.S. is not welcoming international students and scholars.” Other higher education organizations, including the Association of American Universities and the American Council on Education, have expressed similar disapproval for the proposal.

Under the current visa system, which uses a “duration of status” model, international students and scholars are approved to remain in the United States for the length of their academic program as long as they abide by the rules relevant to their immigration status. The proposed “fixed period of stay” model is impractical, wrote Diermeier, and at odds with how higher education, academic scholarship and empirical research work. With the new rules in place, many international students and scholars, including those seeking dual degrees or pursuing doctoral and postdoctoral studies, would have to apply for an “extension of stay,” which Diermeier said would create unnecessary uncertainty and increase financial burdens for the students.

“International students and scholars enrich the experiences of all members of the Vanderbilt community, and they contribute ideas, knowledge and skills not only to the university, but to our nation,” he wrote. “I know this personally. I am a first-generation college graduate who was born in West Germany amid the Cold War. When I arrived at the University of Southern California as a graduate student, not long before the Berlin Wall fell, I had little beyond a suitcase and a few hundred dollars to my name. But I experienced a wondrous new land of opportunity and freedom, launching me on a fruitful academic career and giving me a new home in the U.S., where I have lived for the past four decades.”

Vanderbilt’s Office of Federal Relations coordinated with various stakeholders on campus to understand the scope of the new proposal’s impact and to support drafting the university’s response. OFR also encouraged members of the Tennessee delegation to join congressional comment letters opposing the proposed rule. U.S. Reps. Jim Cooper (D-TN) and Steve Cohen (D-TN) joined one such letter at Vanderbilt’s urging. 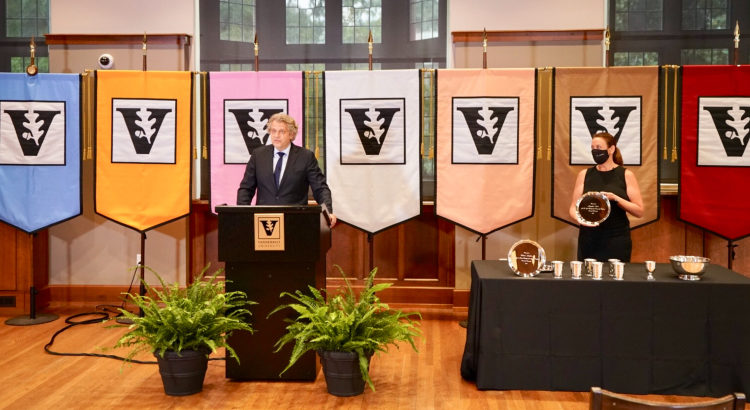