The national centennial of the ratification of the 19th Amendment to the U.S. Constitution, which opened the door for a woman’s right to vote, is Aug. 26. 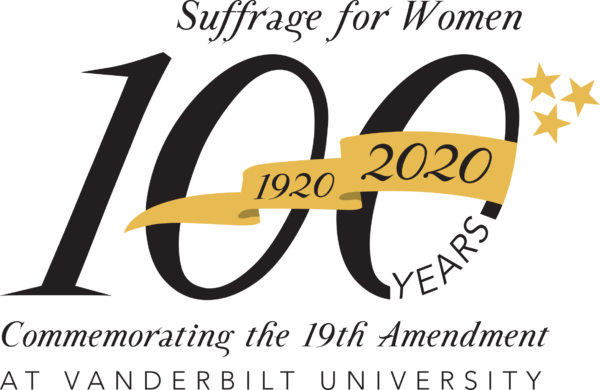 Tennessee played a critical role in its passage by being the state that just barely passed the ratification resolution on Aug. 18, 1920, crossing the threshold of the three-fourths of states needed, allowing the amendment to become law.

Upcoming events marking these momentous state and national anniversaries include the following:

‘I Ring the Bell’ campaign

When the 19th Amendment was ratified in Nashville nearly 100 years ago, cities across the country rang bells in celebration, but Nashville did not. Vanderbilt is joining with the Nashville Public Library and other community partners by ringing the bell in Kirkland Tower 100 times on Aug. 18 at noon to honor the anniversary.

Provost and Vice Chancellor for Academic Affairs Susan R. Wente is joining women across Tennessee in sharing an “I Ring the Bell” video on social media using the hashtag #iringthebell.

On Aug. 18 at 10:30 a.m., the Woman Suffrage Monument in Centennial Park will be dedicated. You can watch the dedication virtually here.

Grand opening of the Votes for Women Room

On Aug. 18 at 11:30 a.m., Roseanne Cash, singer, songwriter, author and narrator of the PBS documentary By One Vote: Woman Suffrage in the South will be a special guest at the grand opening of the Votes for Women Room at the Nashville Public Library. Join the virtual grand opening here.

Film screening of ‘The 19th Amendment: A Woman’s Right to Vote’

On Aug. 26 at 4 p.m., the Margaret Cuninggim Women’s Center at Vanderbilt will host an online event recognizing Women’s Equality Day and have a screening and discussion of a short film, The 19th Amendment: A Woman’s Right to Vote. RSVP for the event. Contact Women’s Center director Rory Dicker with questions.

On Aug. 26 at 6 p.m., join a virtual Commodore Classroom with Professor of Communication Studies Bonnie Dow when she presents “Celebrating the Centennial of Women’s Suffrage: A Many-Sided Story.” RSVP to join the event.