Willie Geist, BA’97, is a familiar face to anyone who watches NBCUniversal’s morning news programs. Monday through Friday, he co-hosts the three-hour political news and talk show Morning Joe with Joe Scarborough and Mika Brzezinski on MSNBC, while also occasionally helping anchor NBC News’ flagship TODAY show. And since 2016 he has been a fixture in NBC News’ weekend lineup as well, hosting the hourlong Sunday TODAY with Willie Geist, featuring news, human-interest stories, and interviews with some of the biggest stars in the world.

If you don’t happen to follow Geist’s career, chances are you’ve still seen him pop up regularly on Vanderbilt’s social media feeds. An enthusiastic Vanderbilt supporter and proud alumnus, the New Jersey native and current New York City resident never passes up an opportunity to return to campus—even via a virtual drop-in, as he did with a political science class this spring—or simply to give a shout-out to his alma mater on national TV.

Here Vanderbilt Magazine talks with Geist about working in the media during this tumultuous news cycle, launching his Sunday show, and his strong affinity for Nashville and the Commodore community.

Between the pandemic and protests, the news cycle has been busy in 2020. What has life been like for you these past few months?

The first thing to say is my family is healthy and I’m fortunate enough to have a job in a time when so many people are experiencing real hardship, or worse. So, I’m lucky. I wake up and broadcast every morning from home in a full studio constructed by our truly incredible technical team at NBC. It’s a year unlike any I, or anyone I know, has ever experienced both as a journalist and just as a person living in the American epicenter of the coronavirus crisis. It’s a measure of how extraordinary this year has been that it started with the impeachment of a president, a piece of history that now seems like a footnote to the pandemic and the protests that have shaken the country since.

How does the work you do on Sunday TODAY compare with that of Morning Joe?

When we sit down for Morning Joe at 6 a.m., there’s no script in front of us that we can just coast through. There are the nuts and bolts to set up the segments, but beyond that, my job is just to know what’s going on in the world. I’m always trying to absorb what’s coming in through my phone, following news organizations and politicians. It’s around-the-clock preparation.

With Sunday TODAY, I write every word beforehand. When you have a weekly one-hour show, you can curate and take special care with literally every word that goes into it. My goal with Sunday TODAY has been to take the great model of storytelling that CBS Sunday Morning has—and where my dad [retired television journalist Bill Geist] worked for many years—but to speak to a younger generation in terms of how it’s presented, the guests we book, and the trends we look at.

You’ve also launched the Sunday Sitdown podcast—how did that come about?

On Sunday TODAY we try to remove some of the artifice found in many TV interviews and just have normal conversations in a place like a restaurant or bar. I sit down with our guests for about an hour. Our hope is that, even if it’s not your favorite artist or somebody you know much about, you’ll come away saying, “Oh, I like her, or I like him. I knew the name, but I didn’t know anything about that person.” Now you do.

Nevertheless, those interviews get us about eight or 10 minutes for TV. That means we’ve left another 50 minutes of material on the cutting-room floor. We use that additional material to create the podcast each week.

And you’ve traveled to Nashville for some of the Sunday interviews, right?

Yes! Our producers make fun of me because I always pitch interviews that are going to take place in Nashville. They say, “You just want to go to Nashville for the day.” I’m never there long enough. I think the last interview we did there was with Sheryl Crow in the studio on her property. You’ll notice a heavy lean toward musicians when I need to get down to Nashville.

Both Nashville and Vanderbilt have changed a lot since you were a student. What’s your impression of those changes?

Well, the city is a completely different place. To me, the best example of that is the Station Inn in the Gulch. When I was in college, it seemed like it was in the middle of nowhere—this hole-in-the-wall place that you had to remember how to get to. And now it sits in this fashionable neighborhood with all these trendy hotels. Whenever I come back to Nashville, I always make a point of going to the Station Inn just to make sure it’s preserved.

As for Vanderbilt, it’s beautiful. The campus looks great, but I mean it’s also been fun to watch its reputation grow. As someone who grew up in New Jersey and graduated from high school in 1993, I feel like our class was on the leading edge of Vanderbilt’s becoming a national university. Now it’s on the map and then some. Part of that has to do with Nashville’s popularity but also because Vanderbilt is now one of the best schools in the world. I’m just glad I got in when I did. My application would go directly into the trash today based on my SAT scores alone!

What was your favorite class as a student?

I was a political science major, so my favorite class was the one on the 1996 election taught by Professor John Geer [now also the Ginny and Conner Searcy Dean of the College of Arts and Science]. It was grounded in the news. I give credit to the political science department for planting that seed and stirring my interest.

What was your favorite spot on campus?

Back then it was the Phi Delta Theta house, where I was a member. And also the C-Room at Sarratt. That’s where all the action was.

What was your favorite place to eat on or around campus?

Chili’s was big for me. I lived in Towers, so it was right across the street. R.I.P., Towers, by the way. I would get chicken quesadillas almost every night. And if I didn’t do that, I would go down to the basement food court at Towers and eat at either the Taco Bell or Dairy Queen. I know there’s some nostalgia around Towers, but it’s probably for the best that they’re coming down.

What was your favorite experience as a student?

Probably the Vanderbilt-in-France program in Aix-en-Provence. I was there for the fall semester of 1995 during my junior year. You’d spend the week in the classroom, and then on Fridays you could use your Eurail pass to go pretty much anywhere in Europe. A good piece of trivia: The following semester, the actor Bradley Cooper did that same program through another university—I just missed him by a few weeks. We made that connection when I interviewed him recently. He’s still fluent in French; I’m not. So I guess he wins again. 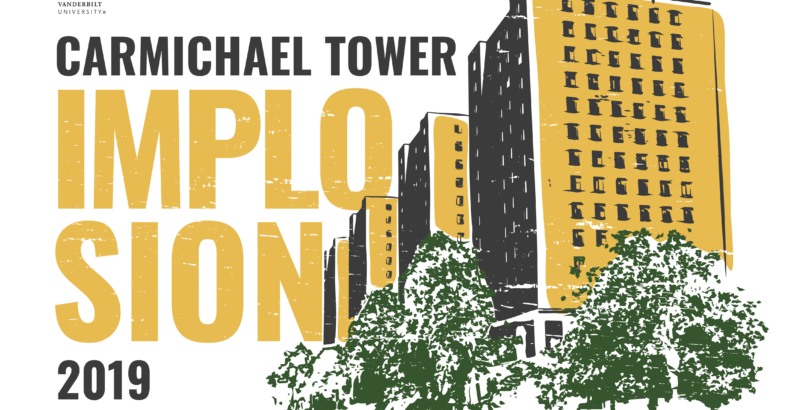 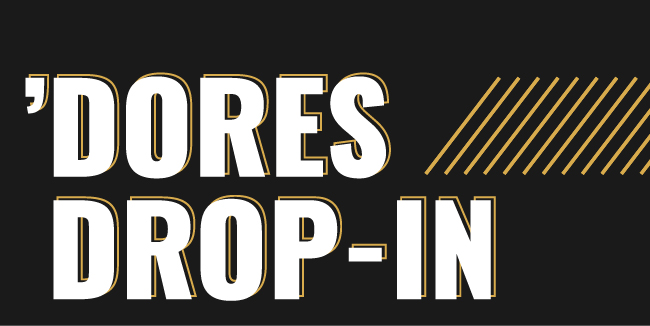