Following more than 11 years of service to Vanderbilt University, Susie Stalcup has announced her plans to retire as vice chancellor for development and alumni relations. Throughout her tenure, Stalcup has worked to expand relationships with alumni and donors and to enhance opportunities for Vanderbilt’s more than 136,000 alumni across the globe to engage in meaningful ways with the university.

“I am deeply grateful to Susie for her leadership and for being an outstanding colleague during a time of significant growth and change for our university,” Interim Chancellor and Provost Susan R. Wente said. “During Susie’s tenure, we grew what became the nation’s top financial aid program, Opportunity Vanderbilt, which was made possible by thousands of generous donors. Vanderbilt, like all great universities, is built upon philanthropy, and I am grateful to Susie for her dedication to building and nurturing our culture of philanthropy at Vanderbilt. I wish Susie the very best in her retirement.”

“It has been a privilege and a pleasure to be part of Vanderbilt University during this extraordinary time in its history,” Stalcup said. “I’m deeply gratified that our team has played a role in supporting the university’s execution of its Academic Strategic Plan. I am grateful to Chancellor Emeritus (Nicholas S.) Zeppos for recruiting me to Vanderbilt, to Interim Chancellor Wente for her leadership and partnership, and to the strong and essential leadership of our Board of Trust. And especially, I am thankful to our incredible staff and our alumni and donors who bring our mission to life.

“I am excited for what the future holds for Vanderbilt under Incoming Chancellor Daniel Diermeier and look forward to staying engaged in the university’s continued success. Though it is always difficult to leave a place and people that you love, I have decided now is a logical moment of transition. Like our alumni, though I am stepping down, I am Vanderbilt for life.”

Prior to coming to Vanderbilt, Stalcup served as vice president for development at Columbia University Medical Center, where she led all aspects of a $1 billion capital campaign. She also directed a successful campaign at Baylor College of Medicine and served as senior director of planned giving at Rice University.

She has served on numerous boards and volunteered with charitable and civic organizations throughout her career, including global mission outreach in Estonia and Healthcare for the Homeless in Houston, which she helped to develop. She belongs to the Council for Advancement and Support of Education, the Association for Healthcare Philanthropy and the Association of Fundraising Professionals.

Stalcup, who is a certified financial planner, attended Wheaton College and earned a bachelor’s degree in business administration from the University of Oklahoma.

Interim Chancellor and Provost Wente and Incoming Chancellor Diermeier are working together on next steps and will announce the appointment of Stalcup’s interim successor in the coming days. 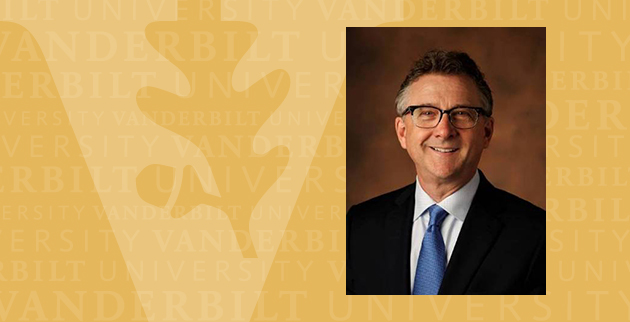