Eradicating homelessness in America is possible, but it will take “political will,” according Vanderbilt University research professor and author Marybeth Shinn.

“The inequality that leads some to live in mansions while others live on the streets is not an inexorable consequence of market forces; it is a consequence of social policies,” says Shinn, Cornelius Vanderbilt Professor at Vanderbilt Peabody College of education and human development. “We can choose differently. We can put an end to it.”
Despite an abundance of social programs and interventions, large numbers of people continue to live on the streets and in shelters. According to the U.S. Department of Housing and Urban Development, there are more than 550,000 people who are homeless on any given night and far more over the course of a year. These numbers “will likely rise in the wake of the COVID-19 outbreak,” she says.

Shinn believes we must address key drivers of homelessness: a lack of affordable housing options; wages that have not kept pace with skyrocketing rent; and discriminatory housing practices. In her new book with Abt Associates researcher Jill Khadduri, In the Midst of Plenty: Homelessness and What to Do About It (Wiley-Blackwell 2020), she advocates for long-term subsidies that hold housing costs to 30 percent of income.

“Homelessness should not be viewed as a permanent trait or condition. Like unemployment, it’s a state that people pass through. Ultimately, we have the wealth and the knowledge to end homelessness; we need to find the political will.”
–Marybeth Shinn

“Short term subsidies may be a cheaper and quicker solution, but when they run out, families often end up back in the cycle of homelessness,” Shinn says. “Longer-term subsidies not only end homelessness but have radiating benefits for other aspects of family well-being.”

The authors advocate for a massive expansion of the Housing Choice Voucher program, with deeper targeting to the neediest households; and robust enforcement of the Affirmatively Furthering Fair Housing mandate.

“Some people will need additional supports,” Shinn says.  “For people with serious mental illnesses, housing first programs that offer voluntary supportive services without requirements for sobriety or participation in treatment work well. But everyone needs housing.”

Especially in times of economic uncertainty, funding and policy changes are needed. But there also must be a change of perception around homelessness in order to end it, Shinn believes.

“Homelessness should not be viewed as a permanent trait or condition. Like unemployment, it’s a state that people pass through,” she says. “Ultimately, we have the wealth and the knowledge to end homelessness; we need to find the political will. Homelessness is a choice – not a choice by people sleeping on the streets, but a choice by the rest of us to look the other way.” 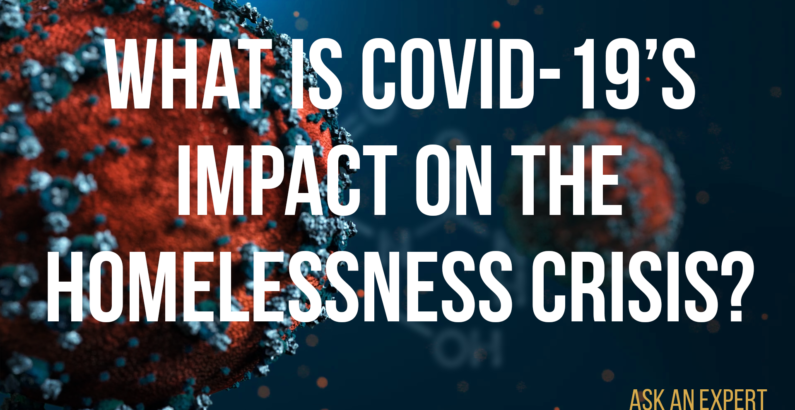 TweetThe numbers of #homeless will rise in the wake of #COVID19, but there are solutions, says @VanderbiltU researcher Marybeth Shinn in her new book with with @jillkhadurri "In the Midst of Plenty."