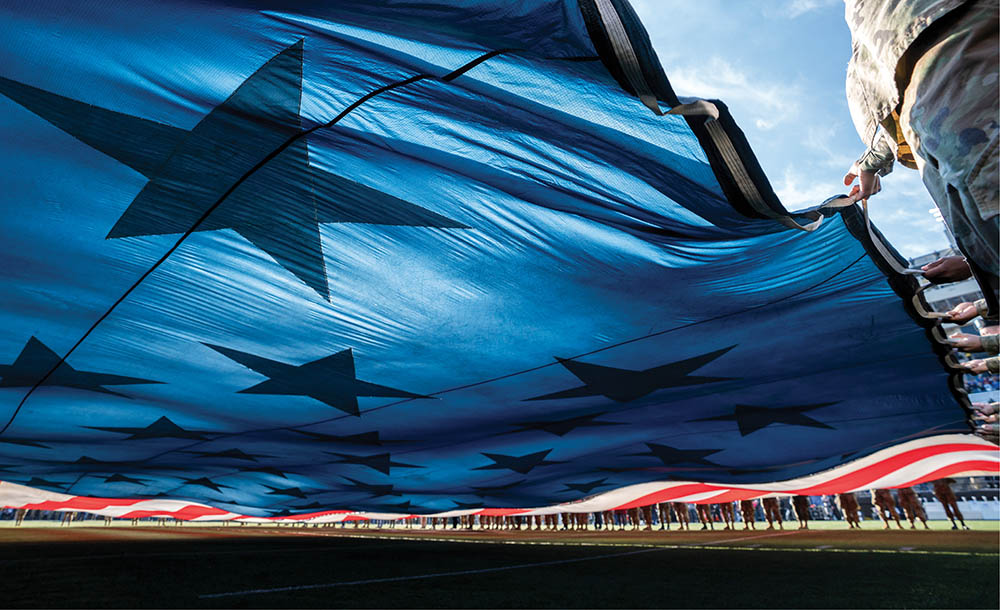 During the Commodores’ annual Salute to Service honoring active-duty service members, veterans and first responders, representatives of the military community unfurl a massive U.S. flag in Vanderbilt Stadium before the football game against Kentucky on Nov. 16. The 150-foot-long flag, which hung in Memorial Gymnasium in the early 1960s, served as a backdrop for numerous historic events, including speeches by the Rev. Martin Luther King Jr. and Robert Kennedy. The flag ceremony was just one of several ways that Vanderbilt’s campus recognized the military that week. Among them was the launch of a new Military at Vanderbilt website designed to showcase the broad array of programs, support and resources available to military service members and veterans at the university. Visit vanderbilt.edu/military to find out more. Photo by Joe Howell.