Work is planned near the intersection of Edgehill Avenue and 19th Avenue later this month due to infrastructure upgrades in the Peabody Neighborhood. The Messer Construction team will bore underneath Edgehill and 19th avenues to replace the existing steam pipe with hot water and chilled water piping.

Horizontal boring is a minimal-impact approach to installing the piping. Two open pits will be created on either side of Edgehill and 19th avenues, as well as an underground path more than 20 feet below the roadway to connect the two pits. It is through this pathway that the more than 100-year-old steam piping will be replaced with new hot and cool water piping. In addition, new cables and conduits for future technology advances will be installed.

Vanderbilt leadership deliberated many options for conducting this work, including boring and digging open trenches in the area, before deciding that boring underneath the roadways would create the lowest impact on vehicular traffic in the area. This plan will allow for both 19th Avenue and Edgehill Avenue to remain open during the work, with periodic single-lane closures. Alternative plans also did not allow for work on 19th and Edgehill avenues to occur simultaneously, making for a longer construction timeline. 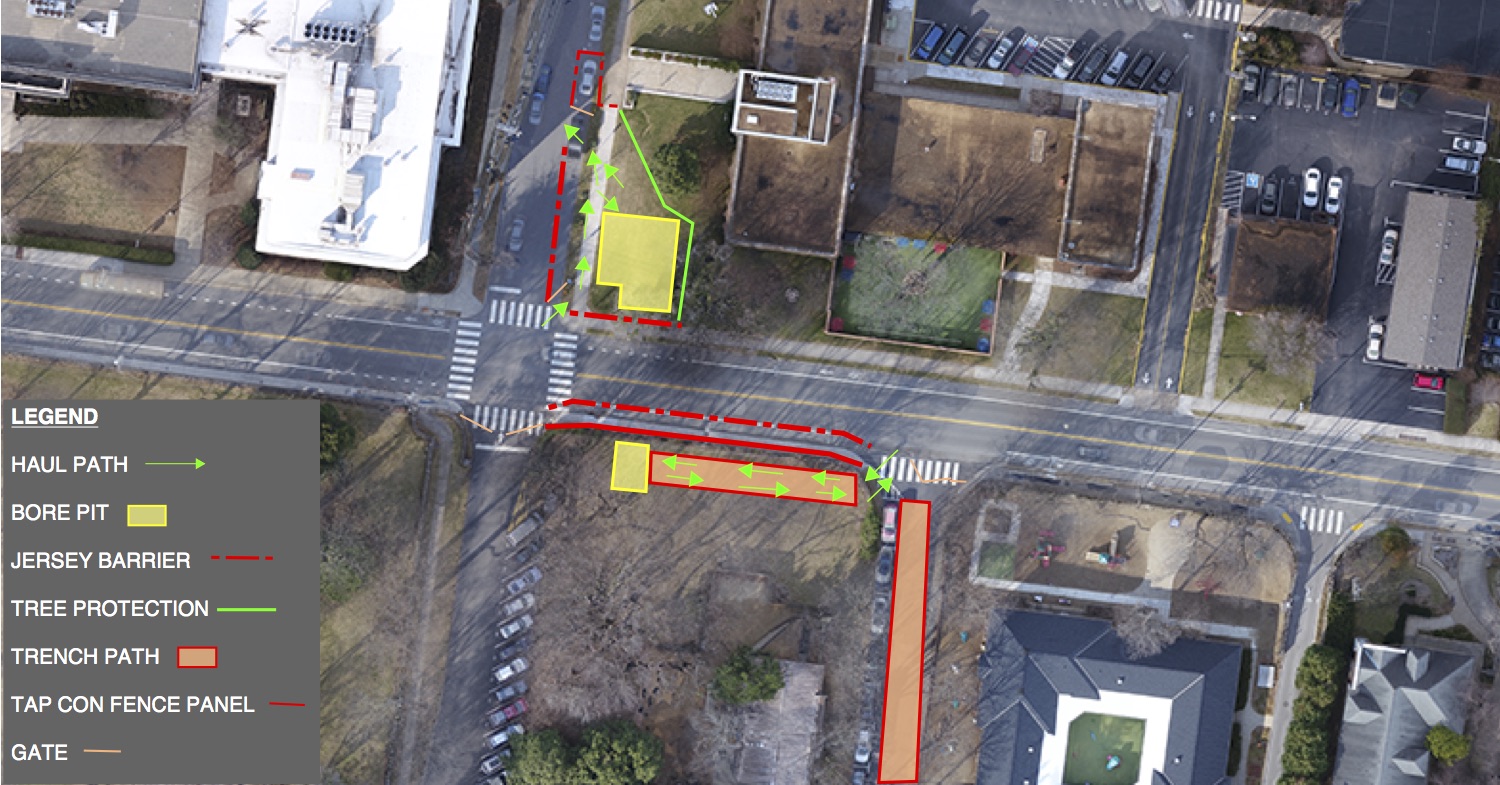