A discovery from a team of physicists and other researchers is breaking new ground in the study of ferroelectricity, a characteristic of certain dielectric materials that are used in high-technology applications. The findings appear today in the journal Nature Materials.

Led in physics theory by Sokrates Pantelides, University Distinguished Professor of Physics and Engineering at Vanderbilt, and in experiments by Nina Balke and Peter Maksymovych of the Department of Energy’s Oak Ridge National Laboratory, the team reports an undiscovered property known as a quadruple potential well, which plays a role in the mechanism known as ferroelectric switching – a process specific to ferroelectric materials which describes spontaneous reversible polarization through the application of an electric field, similar to the way atoms in magnets flip poles through the application of an external magnetic field.

Until now, physicists recognize only two wells as destinations for traveling atoms, which result in a binary record. But the quadruple potential well increases the number of options in ferroelectric switching, yielding additional possibilities which could lead to increasingly complex operations and applications in data storage and electronics.

“A ferromagnetic needle, as in a compass, lines up with a magnetic field,” explained Pantelides. “A ferroelectric needle would have one positively charged end, one negatively charged end and align with an electric field instead of a magnetic one. When electric fields cause the atomic-scale poles in a ferroelectric to switch, the process presents a basis for making, notably, electronic memory devices.”

The team, comprised of members of Pantelides’ group at Vanderbilt and several experimentalists at ORNL and other institutions, performed a combination of calculations, simulations and experiments to verify the existence of the quadruple well, made possible by the complex layered structure of the material: ferroelectric copper indium thiophosphate (CuInP2S6), or CIPS. Sabine Neumayer at ORNL and John Brehm, Lei Tao and Andrew O’Hara at Vanderbilt were key participating postdoctoral scholars.

The findings are novel in that they find new potential for CIPS and similarly complex layered materials, and redefine the currently understood variables for atom displacements in ferroelectric materials – the physical process at the atomic level behind the switching process.

“This achievement is a powerful example of how integration of theory and experiment can lead to a major discovery. We worked together with our experimentalist collaborators at ORNL, who are experts in quantifying local piezoelectric material properties using scanning probe microscopy, and designed quantum calculations to probe how ferroelectricity works in CIPS,” said Pantelides, who has been a Distinguished Visiting Scientist at ORNL for the last 25 years. “The calculations led us to a prediction of an unexpected feature with important consequences, and our friends designed just the right experiments to verify the predictions. Theory and experiment worked hand in hand from there.”

Theory for the work is funded by the U.S. Department of Energy (grant DE-FG02-09ER46554) and by the McMinn Endowment at Vanderbilt University. The experiments were conducted at the Center for Nanophase Materials Sciences, which is a DOE Office of Science User Facility. Partial support for sample synthesis, experiments and theory was provided by the Laboratory Directed Research and Development program at the Oak Ridge National Laboratory.

Oak Ridge and Vanderbilt come together to explore cellular processes 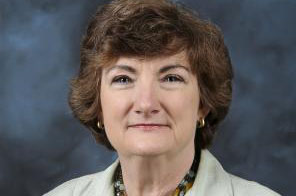 Oak Ridge and Vanderbilt come together to explore cellular processes