Given by the John D. and Catherine T. MacArthur Foundation and known colloquially as the “genius” grant, the fellowship honors “extraordinary originality” and comes with a no-strings-attached grant of $625,000, to be distributed over five years.

Chin, who at 67 was this year’s oldest recipient, told The New York Times, “I don’t want to use the word ‘responsibility,’ but this felt like an acknowledgment that maybe after a life’s work, you just need to do more.”

Chin received the Distinguished Alumnus Award for Peabody College in 2017. He graduated from Peabody with an art degree in 1975.
His conceptual and visual art is inspired by political and social dilemmas, provoking discussion and evading easy classification. He uses his art to challenge the idea of the artist as the exclusive creative force behind an artwork. Known for using multidisciplinary, collaborative teamwork, he has enlisted entire neighborhoods and groups of students to create art that promotes community and social change.

Twice a National Endowment for the Arts fellow, he has received many awards and grants from organizations such as the New York State Council for the Arts, Art Matters and Creative Capital, as well as from the Penny McCall, Pollock/Krasner, Joan Mitchell, Rockefeller and Louis Comfort Tiffany foundations, among others. 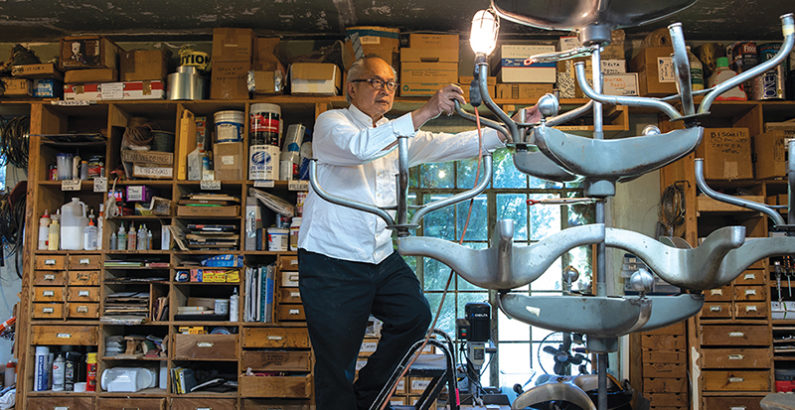