Hearing longer love songs from songbirds in your backyard? Chalk it up to sexual preference – and high standards.

New research on songbirds from Biological Sciences researchers at Vanderbilt suggests that females, who are choosing males with the most elaborate songs as their potential partners, are influencing male songbirds to evolve toward learning (and practicing) songs throughout their lives – an evolutionary occurrence previously believed to be mainly a result of changes in a bird’s environment, breeding season, or migration.

The paper, published this week in the journal eLife by Vanderbilt Biological Sciences professor Nicole Creanza and graduate students Cristina Robinson and Kate Snyder, is the first study to demonstrate that songs, which are sexually selected, coevolve with how long the birds can learn, and may even drive evolutionary changes in birds’ brains.

“We were curious as to why some birds learn throughout their lives and why others only learn when they’re juveniles,“ said Creanza. “Researchers have thought about this question for a while, but usually linked their findings back to those other environmental aspects of the birds’ lives. We had a hypothesis that sexual preference for songs could also be a factor.” 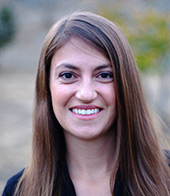 Song, a learned vocal behavior in songbirds that develops in a similar way to how humans learn language, is a relatively rare feature in the animal kingdom. It serves multiple purposes for birds, helping them recognize their own species, defend their territory and attract mates. While some songbirds continue to learn their songs throughout their entire lives, many species are finished learning by the time they reach sexual maturity – just as we humans learn more easily during our formative years.

The team compiled data on 67 different songbird species as part of their study, and compared various factors for each song including overall length of songs and their “vocabulary size” – or number of different syllables that each species can sing.

“As we learn more about these time-windows for learning in birds and what causes them to evolve and lengthen, we may be able to apply those findings to how and why human learning windows may have evolved over time. One day, if researchers understand what happens in the brain when a bird maintains its ability to learn, it might shed new light on how to help the brain repair itself in humans.”