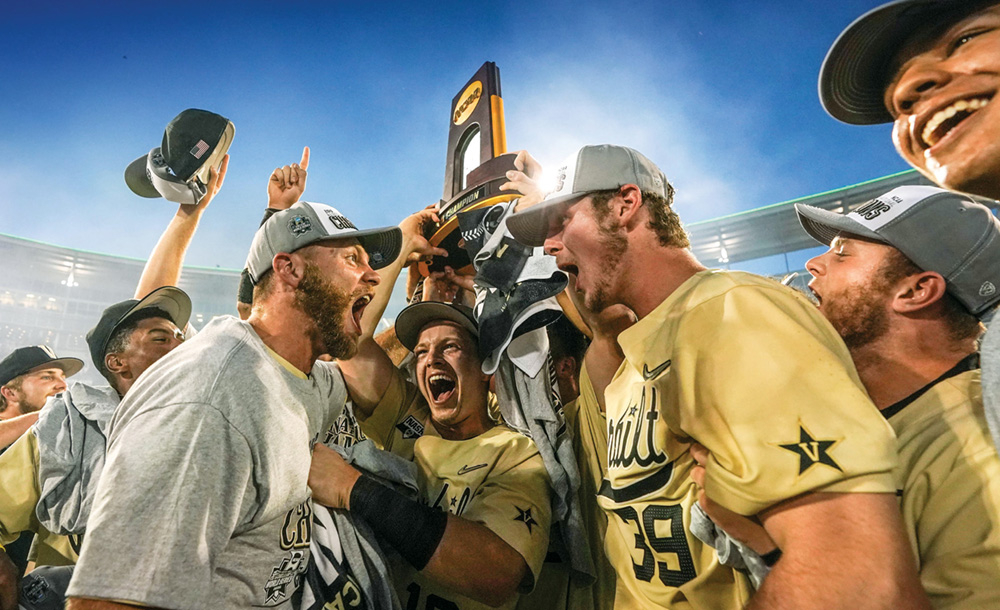 Vanderbilt’s baseball team clinched its second NCAA championship June 26, winning a final Game 3 against the Michigan Wolverines at the College World Series in Omaha, Nebraska. The national title capped a dream season for the VandyBoys, who finished with an SEC record–breaking 59 total wins and made a clean sweep to win the SEC tournament. “Consistency and maturity—that’s what it was,” said Head Baseball Coach Tim Corbin in a speech to Vanderbilt fans after the championship. Corbin, who was named National Coach of the Year, also made a point to include Teddy and Susan Everett—parents of Donny Everett, a standout first-year pitcher who drowned in 2016—in the team’s victory celebrations. “What a great season for the VandyBoys,” says Athletics Director Malcolm Turner. “I am extremely proud of our student-athletes and staff for how they represent Vanderbilt on and off the field.” Photo by John Russell.