Think Treasuries are risk-free? Not so fast.

Patchy regulation and rules that haven’t kept up with the evolution of trading technology have left the Treasury market far more vulnerable to shocks than we realize, says Vanderbilt law professor Yesha Yadav. Her recent research paper, The Myth of Risk-Free Markets, is the first legal analysis of the issue.

Treasury bonds are foundational to the global economy, because the United States’ credit is unimpeachable, Yadav says. “The United States will always pay its debts, and Treasury bonds can also be very easily traded.” This makes Treasuries very attractive to a wide variety of investors, ranging from individuals looking for a safe place to put their savings, all the way up to entire nations looking to shore up their currency.

While the safety promised by Treasuries has not changed, Yadav says, the structure of Treasury market has, transforming how these bonds are traded. Oversight has not kept up with these changes, she says, and the rules governing the market are badly out of step with innovation. This leaves the market vulnerable to a shock (say, if China dumps its Treasuries in retaliation for an unsatisfactory outcome in the trade war).

Disruption and uncertainty in the Treasury market could be catastrophic, Yadav warns. “It’s a potential doomsday situation. We really have no idea how badly things could turn out for us,” she says.

But there are solutions.

A (quick) buck with nowhere to stop

Treasuries enjoy much lighter regulation compared to other securities, like stocks, Yadav says. Treasury traders are subject to far fewer rules than stock traders, and oversight falls to at least five different federal agencies, none of which has lead status or is in charge of the full picture.

This was perhaps less of a concern when the Treasury market was dominated by just a handful of major Wall Street banks, known as primary dealers, sedately trading via telephone, she says, because they had an economic stake in policing themselves well. “The Treasury market was their playground,” Yadav says. “They had strong incentives to keep it healthy.”

Today, however, she says these primary dealers are facing serious competition from trading firms using high-frequency trading (HFT) algorithms to buy and sell Treasuries lightning-quick throughout the day. HFT introduces new fragilities because the algorithms must be programmed in advance in order to trade so quickly. But their predictions aren’t perfect. Algorithms can misfire, trade on fake news or struggle when market conditions are unexpected. While trading errors are a normal part of life, HFT causes such errors to occur far quicker and spread much more broadly today than in the era of telephone or fax. This can lead to alarming (and damaging) flash crashes that can quickly spiral out of control. Indeed, the Treasury market has already experienced at least two unexplained “flash” events in recent years.

Adding additional risk to the equation, many of these newcomer HFT firms do not claim the status of primary dealers, and so are subject to fewer rules than the big dealer banks. Platforms that trade Treasuries only are also exempt from regulation. So, this market can lack even basic safeguards and standards that are taken for granted elsewhere.

Finally, in a competitive world, both primary dealers and HFT firms have diminishing skin in the game. They may be tempted to cut their losses and stop trading altogether during a crisis—a move that might be in a firm’s best interest but which would destabilize the market and create enormous disruption and uncertainty, not to mention reputational damage for Treasuries.

“We urgently need to think about how we can update regulations to address the gaps left by innovation and the arrival of new actors that have rapidly changed the face of this existentially important market.”

Strengthening both public and private oversight is essential to shoring up the stability of the Treasury market, Yadav says. While establishing a primary regulator seems like an obvious step, it’s not a simple one logistically or politically. She says a good first move could be the development of a detailed memorandum of understanding between all regulators to encourage greater collaboration between agencies, identify and fill gaps, eliminate redundancies and streamline data collection and reporting.

Additionally, she says, policymakers should think about bringing Treasury market oversight within the purview of the Financial Stability Oversight Council, a new body created by the Dodd-Frank Act to help regulators to coordinate with one another. “Sometimes you just need to get everyone at the table to make sure everyone’s on the same page,” she says.

Finally, she says, regulators could require dealers to remain on the market during periods of distress, in order to keep prices stable and ensure liquidity. By keeping them on the hook in times of trouble, dealers would have incentive to install solid guardrails of their own—such as ensuring their operating systems are of the highest standard, that their algorithms are robust and well-tested and that their traders are adequately trained on the platforms they use.

“This is an area that really hasn’t been studied very well,” Yadav says. “But we urgently need to think about how we can update regulations to address the gaps left by innovation and the arrival of new actors that have rapidly changed the face of this existentially important market.” 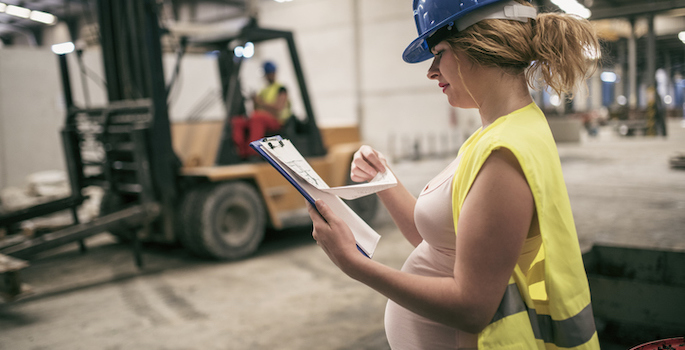 TweetPatchy regulation and rules that haven’t kept up with the evolution of trading technology have left the Treasury market far more vulnerable to shocks than we realize, says @vanderbiltlaw professor Yesha Yadav.