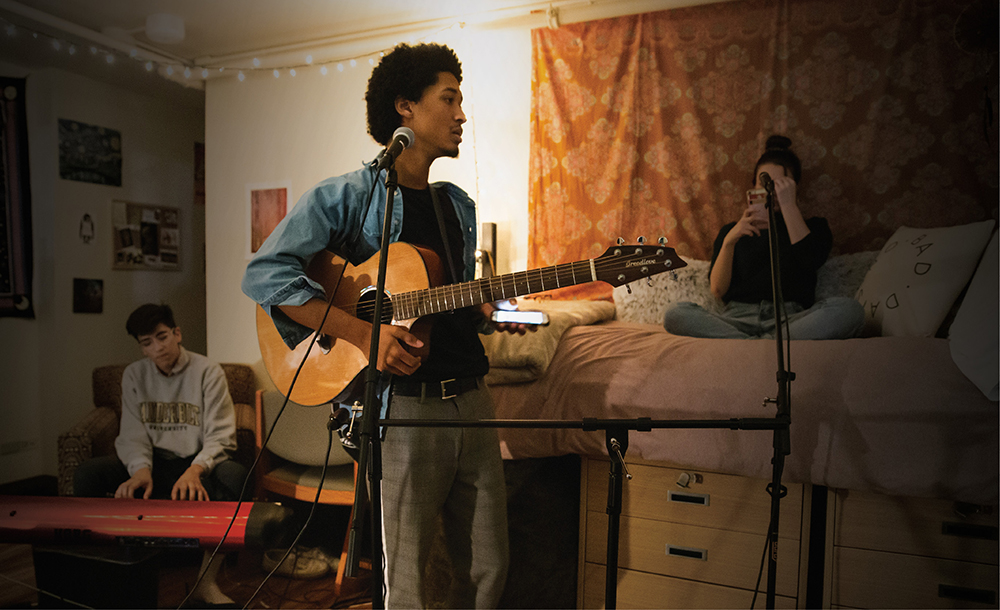 Toren Stafford, a 20-year-old sophomore studying voice at Blair School of Music, staged a “Tiny Dorm Concert” in Vanderbilt’s Morgan House in March. Recorded for the Vanderbilt Hustler student news site, Stafford performed two songs from a recently released four-track EP of his own music. Noah Luna, a junior majoring in musical arts, joined him on keyboards, and Arielle Kasnetz, a junior voice major, sang backup vocals. “Those four tracks really represent my essence at that moment in time,” Stafford says about his new EP, The Liquid Function. “Any listener who can relate to those themes of struggle and love and pain and the excitement of living in the world as a 19-year-old, I think that comes through.” Watch his Tiny Dorm Concert.

Photo courtesy the Vanderbilt Hustler and Hunter Long, a sophomore in the College of Arts and Science.