Laws intended to reduce malpractice litigation by protecting doctors who want to apologize don’t work, according to a new Vanderbilt analysis of proprietary insurance data. This provides the most detailed look yet at the impact of apology legislation on such claims.

The researchers are Larry Van Horn, associate professor of management and executive director of health affairs at Vanderbilt’s Owen Graduate School of Management; W. Kip Viscusi, University Distinguished Professor of Law, Economics and Management; and Benjamin McMichael, assistant professor of law at the University of Alabama. Their paper, ‘Sorry’ is Never Enough, appears in the Stanford Law Review.

Reducing malpractice litigation has become a target of policymakers seeking to address the rising cost of health care. Put together, malpractice and defensive medicine—the practice of making treatment decisions to reduce the likelihood of getting sued—costs the United States billions of dollars per year.

One way that policymakers have tried to achieve this is by passing laws that encourage physicians to apologize to patients for treatment mistakes. These laws make apologies inadmissible in court so doctors don’t have to worry that their apologies may be used against them if a patient decides to sue anyway.

“The idea is simply that if providers could just say they’re sorry, that’s what patients really want. They really don’t care about punishing the doctor in a financial context, they care about having them express remorse,” said Van Horn. “But what we find is that no, people sue for money. ‘Sorry’ is not enough.”

Using proprietary data from a major malpractice insurer, the researchers were able to analyze malpractice claims for about 90 percent of U.S. providers in a single specialty composed of surgeons and non-surgeons—about 9,000 providers. Overall, about 4 percent of these physicians experienced a malpractice claim over the course of eight years. About two-thirds of all claims went to court.

For surgeons, they found, apology laws made no difference in either the number of claims or the share of those claims that ended up in court.

For non-surgeons, however, apology laws had a dramatic effect. While the overall number of claims was unchanged in states with apology laws, those claims were 46 percent more likely to result in a lawsuit. The researchers say that’s probably because surgical errors are usually more obvious than non-surgical ones—for example, a patient will know that a sponge left inside the body is a surgical mistake, but will probably not have the expertise to know whether their worsening illness is due to bad luck or an overlooked symptom. That is, unless the doctor apologizes for it.

“The laws do protect providers from having their apology introduced in court as evidence that they were at fault, but apologies also alert the injured patients to the physicians’ errors and the possibility of making a successful claim,” Viscusi explained.

How to make apologies work

There are clear psychological benefits to apologizing for both physician and patient, Van Horn said, but in order for those benefits to translate into reduced litigation, more work needs to be done.

The researchers note that in some health systems that provide training to their providers on when and how to apologize, lawsuits and payouts are in fact lower. Additionally, the laws themselves could be improved—currently, most only protect physicians for expressions of sympathy, not an explanation of what went wrong. However, recent scholarship on apology best practices suggests that victims are more satisfied by apologies that do include that explanation.

This suggests that while apology laws alone are not enough to reduce malpractice litigation, proper training and more comprehensive laws could potentially be more effective. As they stand now, however, apology laws raise, rather than reduce, malpractice claim risks. 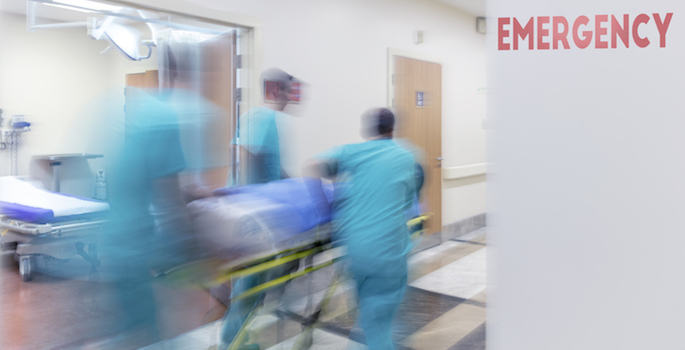 TweetLaws designed to reduce malpractice litigation by protecting doctors who apologize for mistakes are backfiring, according to new research.