Please join the Department of Political Science’s Law, Politics and Justice class for a screening of the Tribeca Film Festival award-winning documentary True Conviction, which aired nationally on PBS in May 2018.

A discussion with the film’s subject, Christopher Scott, will follow the screening, moderated by Jessica VanDyke, new executive director of the Tennessee Innocence Project, a Nashville attorney and a Vanderbilt alumna.

This event is being made possible by the generosity of the John Seigenthaler Center and the Public Law Speakers fund of the Vanderbilt political science department. 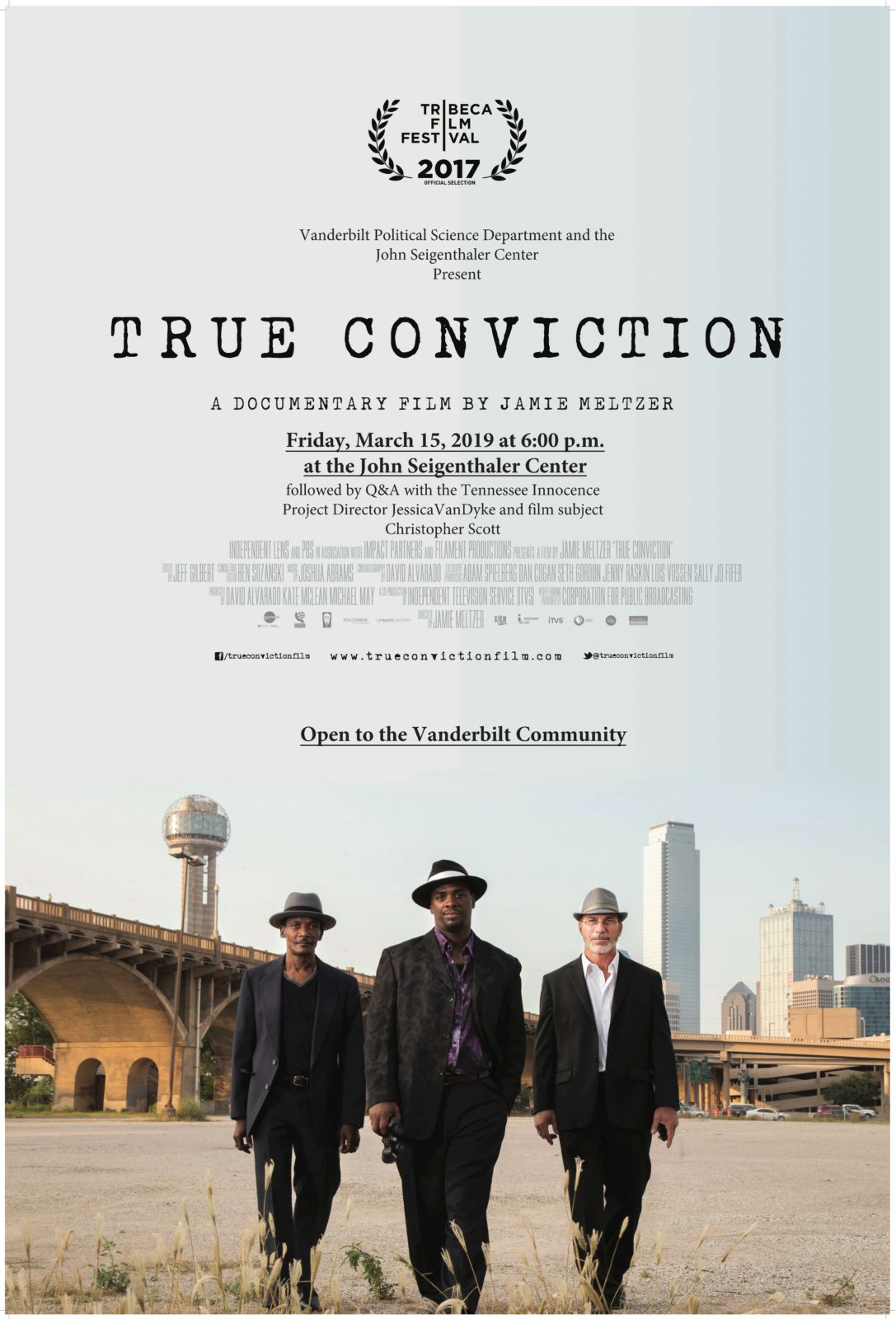 Women’s Center to host May 11 conversation, May 19 film screening