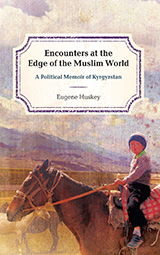 Encounters at the Edge of the Muslim World: A Political Memoir of Kyrgyzstan (2018, Rowman & Littlefield) by Eugene Huskey, BA’74

Holder of the William R. Kenan Jr. Chair in Political Science at Stetson University, Huskey’s research first took him to Kyrgyzstan in 1992, six months after Kyrgyzstan’s emergence as an independent state. His memoir provides the only sustained political history of independent Kyrgyzstan, explaining events in the context of Kyrgystan’s society and the broader international order. Drawing on three decades of personal encounters with ordinary citizens and leading public figures, Huskey takes readers on a journey through the unlikely birth and tumultuous development of Central Asia’s most open society. 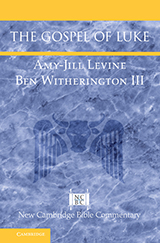 Offering a comprehensive overview of one of the four New Testament Gospels, this book brings a unique approach to the genre of Bible commentary. Featuring distinct Jewish and Christian voices in respectful conversation, Amy-Jill Levine and Ben Witherington III methodologically break new ground in exploring why scholars disagree on some questions and show how Luke has been used to create both tragedy and hope, as well as to promote sexism, anti-Semitism and religious intolerance. 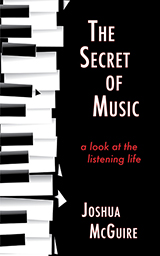 The Secret of Music: A Look at the Listening Life, new edition (2018, Shanti Arts), by Joshua A. McGuire, BMus’03, senior lecturer in aural skills

What is this fleeting experience that sometimes hits us when we listen to music? Through several short essays adapted from lectures given at Vanderbilt University between 2008 and 2012, author McGuire answers this question while exploring what it takes to become better listeners of music. McGuire’s premise is that listening to music more fully shows us a way to live more fully, clarifying the way we listen to everything. McGuire contends that better listening involves a recognition of the absence of time experienced, ironically, amidst profound silence. 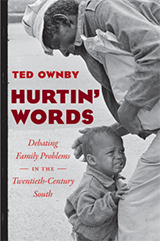 In this book, Ownby considers how a wide range of writers, thinkers, activists and others defined family problems in the 20th-century American South. Ownby shows that it was common for both African Americans and whites to discuss family life in terms of crisis, but they reached very different conclusions about causes and solutions. Rather than attempting to define the experience of an archetypal “southern family,” Ownby looks broadly at contexts such as political and religious debates about divorce and family values, southern rock music, autobiographies and more to reveal how people in the South used the concept of the family as a proxy for imagining a better future or happier past. 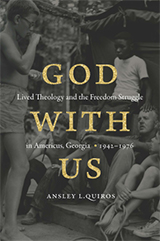 For many, the struggle over civil rights was not just about lunch counters, waiting rooms, or even access to the vote; it was also about Christian theology. God with Us examines the theological struggle over racial justice through the story of one southern town—Americus, Georgia—where ordinary Americans sought and confronted racial change in the 20th century. Documenting the passion and virulence of these contestations, this book offers insight into how midcentury battles over theology and race affected the rise of the Religious Right and indeed continue to resonate deeply in American life. 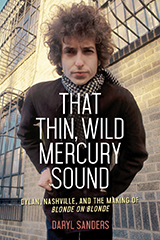 The first book to tell the full story of the making of Bob Dylan’s Blonde on Blonde, based on interviews with the producer, session musicians, studio personnel, and others, That Thin, Wild Mercury Sound is the definitive treatment of Bob Dylan’s magnum opus, not only providing the most extensive account of the sessions that produced the trailblazing album, but also setting the record straight on much of the misinformation that has surrounded the story of how the masterpiece came to be made. Based on exhaustive research and in-depth interviews with the producer, the session musicians, studio personnel, management personnel and others, Sanders chronicles the road that took Dylan from New York to Nashville in search of “that thin, wild mercury sound.” 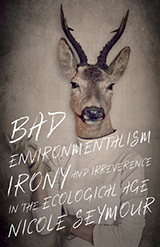 Nicole Seymour develops the concept of “bad environmentalism:” cultural thought that employs dissident affects and sensibilities to reflect critically on our current moment and on mainstream environmental activism. Funny and original, Bad Environmentalism champions the practice of alternative green politics and expands our understanding of how environmental art and activism can be pleasurable, even in a time of undeniable crisis. 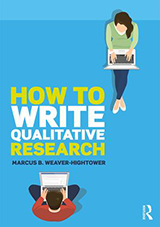 How to Write Qualitative Research (2018, Routledge) by Marcus B. Weaver-Hightower, MEd’00

Qualitative research has exploded in popularity in nearly every discipline from the social sciences to health fields to business. While many qualitative textbooks explain how to conduct an interview or analyze field notes, rarely do they give more than a few scant pages to the skill many find most difficult: writing. Using clear prose, helpful examples and lists, the book breaks down and explains the most common writing tasks in qualitative research, and each chapter suggests step-by-step how-to approaches writers can use to deal with those tasks. 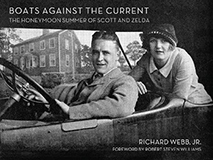 Boats Against the Current: The Honeymoon Summer of Scott and Zelda (2018, Prospecta Press) by Richard “Deej” Webb Jr., BA’85

Scott and Zelda Fitzgerald honeymooned for five months in the summer of 1920 in a modest gray house in Westport, Connecticut. It was an experience that had a more profound impact on both of their collective works than any other place they lived. As it happens, living near the beach, they were neighbors to a larger-than-life reclusive multi-millionaire, F.E. Lewis. Boats Against the Current tells the real story behind the famous novel and its tragic hero, debunking the long-held belief that the book was solely inspired by the Fitzgerald s time in Great Neck. A companion book to the documentary Gatsby in Connecticut: The Untold Story, Boats Against the Current also recounts the author’s own journey of making the film with fellow Westport citizen and filmmaker, Robert Steven Williams.