Long before #MeToo, female artists were calling out sexual violence

Social media has brought sexual assault into the public eye, but bearing witness to sexual violence in popular culture didn’t begin with the invention of tweets and posts, according to Vanderbilt art history professor Vivien Green Fryd.

“What’s happening today with the MeToo Movement is a continuation of the feminist movement of the 1970s,” Fryd said. “It was a time when female artists consciously began using their works to challenge social conceptions and the legal definitions of rape and incest in order to shift the dominant narrative of violence against women.” 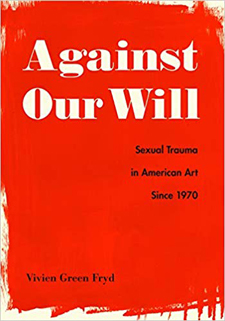 In her new book, Against Our Will: Sexual Trauma in American Art Since 1970 (February 2019, Penn State University Press), Fryd chronicles the evolution of this decades-long intervention through the lens of art history. She highlights feminist artists Suzanne Lacy, Leslie Labowitz, Faith Ringgold, Judy Chicago and Kara Walker, whose works sought to end the silence surrounding sexual violence.

“It was a time when women began to use their art to express their own experiences with sexual violence, as well as challenge the male dominated art world,” Fryd said. Artists and art historians also began to more openly confront the works of masters like Rubens and Titian whose works glorified rape in the context of biblical, mythological and historical themes.

“We began to question why we only discussed such works in terms of composition, line and color. We began to ask, ‘What does it mean that we are looking at a rape scene but it’s glorified and the men are seen as heroic?’ It has taken a very long time for this topic to be explored,” she said.

In the book, Fryd explores themes that continue to plague society today—including rape and incest against white and black female and male bodies.

Fryd is the author of two other books: Art and Empire: The Politics of Ethnicity in the United States Capitol, 1815-1860, and Art and the Crisis of Marriage: Edward Hopper and Georgia O’Keeffe.