Barbara Tsakirgis, a noted scholar on ancient Greek domestic architecture as well as a strong community advocate for Nashville’s Parthenon, died Jan. 16. Tsakirgis, 64, had been diagnosed with ALS three years ago and died at her home.

She was a professor of classical studies, emerita, and history of art, emerita, who joined the Vanderbilt faculty in 1984.

A memorial service for Tsakirgis will take place Saturday, Feb. 23, at 2 p.m. in Benton Chapel.

“Barbara Tsakirgis had a huge impact on the field of classical archaeology—in scholarship, in leadership roles and in her generosity with her time and thoughts to students and colleagues alike,” said Betsey A. Robinson, associate professor of history of art and acting department chair. “She was a dedicated teacher, known for being tough but caring, and some of her best students have followed in her footsteps to become professors of classical art and archaeology.”

At Vanderbilt, Tsakirgis was an educational pioneer by contributing an archaeological dimension to the curriculum in Greek and Latin. She focused on the complex relationship between private and public spaces and the experiences of households and communities in the ancient Mediterranean world.

“It is thanks to Barbara’s masterful teaching that Vanderbilt Classics has come to be recognized for its approach to the Greek and Roman antiquity from the integrated viewpoint of not just language and literature, but also objects and landscapes,” said Joseph L. Rife, associate professor and founding director of the Program in Classical and Mediterranean Studies. “For Barbara, Sophocles and Plato are much richer with—and much poorer without—the Athenian Acropolis and Agora.”

In addition to her extensive work at Morgantina, she was also a longtime member of the research and excavation team at the Agora, the city center and marketplace of ancient Athens. After receiving a summer stipend for research on the remains of Athenian houses, she noted that they provide insight into the lives of the women residents, a subject that had not been well documented in the written sources.

“While Barbara studied and taught the art and archaeology of the whole Mediterranean world, ancient Near East and Egypt, her greatest love was Greece, where she pursued much of her research, and where I first met her,” Robinson said. “I came to Vanderbilt largely because of her and feel lucky to have been able to work closely with her for ten years.”

Tsakirgis co-edited a groundbreaking study of houses, brothels and taverns in ancient Greece and published noted articles in the American Journal of Archaeology and Hesperia.

She chaired the Department of Classical Studies from 2005 to 2011 and served on the Faculty Senate. She also led overseas tours, for which she twice received the Alumni Education Award.

Tsakirgis served many organizations related to her field of expertise with distinction. She was an academic trustee of the Archaeological Institute of America for six years, and led a delegation to the U.S. State Department to testify concerning the international antiquities market. In 2017, her dedication to the institute was recognized with the Martha and Artemis Joukowsky Distinguished Service Award.

She was the longtime coordinator of the institute’s Nashville Society, hosting many prominent visitors to the Parthenon and Vanderbilt. In addition, she served on the board of the Conservancy for Centennial Park.

Tsakirgis gave generously of her time and talents to the American School for Classical Studies at Athens, serving one year as a Whitehead Visiting Professor and as a lecturer for many summer sessions. She also was a longtime member and frequent officer of the managing committee.

Tsakirgis is survived by her husband, Jeremy Spinrad, who is an associate professor of computer science; and two daughters, Demetria and Thalia.

The Archaeological Institute of America has created a fund to establish the Barbara Tsakirgis endowed lecture. 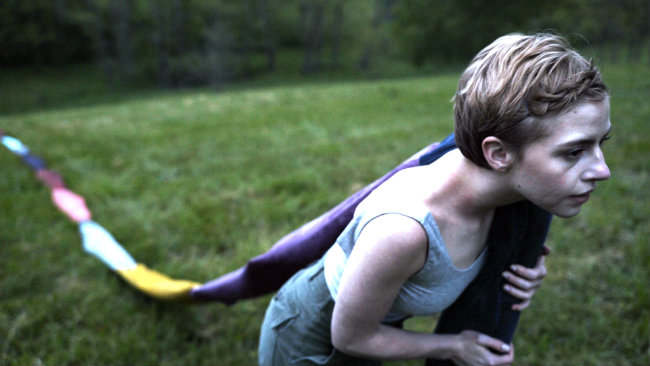 ‘This Holding’ premiere with Jana Harper moves online May 29