In a new commentary piece published Dec. 18 in Nature Climate Change, Michael Vandenbergh, David Daniels Allen Distinguished Professor of Law and director of the Climate Change Research Network, examines how carbon labeling can help reduce greenhouse gas (GHG) emissions in a variety of ways. The article, “From Myths to Action,” is coauthored by Kristian Steensen Nielsen of the Copenhagen Business School in Denmark and comments on recent research by Adrian R. Camilleri and colleagues.

One of the most important ways that individuals can reduce greenhouse gases is by reducing the proportion of meat in their diets, Vandenbergh and Nielsen write. Plant-based foods have a much smaller carbon footprint than meat—but research shows that consumers often don’t know that, or have any idea how carbon-intensive any of their food is at all.

Carbon labeling is one way that researchers have proposed to address that knowledge deficit and give consumers an easy way to make more environmentally sensitive choices if they wish. The Camilleri et al. study shows that when offered the choice between low-GHG vegetable soup and high-GHG beef soup, most consumers chose the vegetable soup.

Other studies have shown that labeling doesn’t have much effect on consumer behavior. But that doesn’t mean it doesn’t work, Vandenbergh and Nielsen argue. Being required to disclose how carbon-intensive their products are can also incentivize food producers to reexamine their supply chains and look for efficiencies to bring those numbers down, particularly if those changes result in cost savings. There is a reputational incentive as well, as businesses may be loath for customers to see a high-GHG label on their products.

While carbon labeling will not reduce GHG emissions as much as a comprehensive carbon tax would, the authors say, it has two advantages: It is implementable by both private organizations and governments; and it could force emission reductions throughout international supply chains, promoting change across borders. “It is a mistake to focus only on ideal solutions that cannot be implemented in the near term,” Vandenbergh says. “Carbon labeling can’t solve the climate problem, but it can be implemented quickly and can buy time for more comprehensive options.” 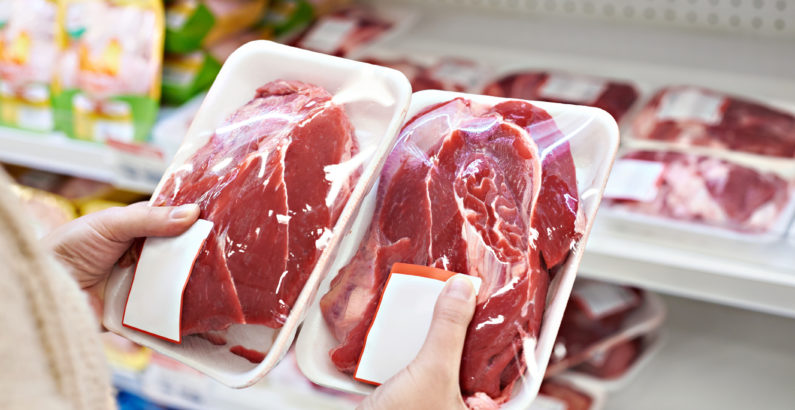 TweetIt's difficult to know what the most environmentally friendly choice is at the grocery store. Carbon labels can help.