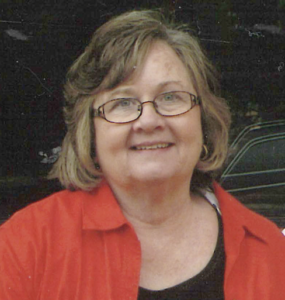 ly female member of the School of Engineering’s 1967 graduating class, Jo Ann Eddy Somers of Huntsville, Alabama, died July 11, 2018. She was struck by lightning while inspecting a seawall under construction in Huntsville’s Hampton Cove neighborhood and died two weeks later.

Somers, 73, was a civil engineering major at Vanderbilt and a member of Tau Beta Pi and Chi Epsilon engineering honor societies. She had an accomplished career as a civil engineer in the Huntsville community, serving in multiple capacities. At one time she was the engineer of record for half the residential development projects in Madison County during the North Alabama housing boom of the 1980s and ’90s, the most notable of which was the Hampton Cove community, which transformed the landscape of the Big Cove area east of Huntsville.

Somers served as the first-ever city engineer for the City of Madison, Alabama, and worked for the City of Huntsville Traffic Engineering Department during retirement. She held ownership in multiple engineering companies during her career.

Active with the American Society of Civil Engineers, Somers became the national organization’s first female president of a state chapter when she was elected president of the Alabama Chapter in 1980. She won multiple awards during her career, including the 2000 Outstanding Engineer Award presented by the Alabama branch of Associated General Contractors.

She is survived by her husband, Rick; two sons, Andy Somers, BE’93, who is a civil engineer and regional manager for Croy Engineering in Huntsville, and Robert Jason; and six grandchildren.