John Geer recalls an invitation he received more than five years ago from Chancellor Nicholas S. Zeppos to grab a cup of coffee. The chancellor had a matter he wanted to discuss with Geer, who was then chair of the Department of Political Science.

Zeppos was launching an academic strategic planning process to define and reinvent the research university of the 21st century and set the course for Vanderbilt’s future. Would Geer be willing to help lead the effort?

“I want you to spend the next year looking at the university from my perspective,” Geer remembers Zeppos saying at the time. “I think you will enjoy the challenge.”

Geer, who has spent his career seeking ways to “broadly make a difference”—in the classroom, through his research, through professional contributions within his academic department and field—was indeed willing to help, and to do so from a fresh perspective. Along with then-Associate Vice Chancellor for Research and Professor of Cell and Developmental Biology Susan R. Wente, he signed on to co-chair the strategic planning process’ executive committee.

The yearlong process, which formally and informally involved more than 2,500 faculty members, students and staff, produced Vanderbilt’s current Academic Strategic Plan—a framework to guide the university’s investments in faculty recruitment, capital planning, academic programs, philanthropic priorities and more over the next decade. Wente was named provost and vice chancellor for academic affairs in spring 2014, then recruited Geer that summer to serve a five-year term as vice provost for academic and strategic affairs.

“I had spent the previous year thinking about universities and how they work. And I did, as the chancellor predicted, enjoy it,” Geer said. “The provost then gave me the opportunity to help implement the strategic plan, and I thought I could make a difference.”

The next four years were extremely productive for the provost’s office and the university, with Geer spearheading several of the Academic Strategic Plan’s key components.

He served as co-chair of the Trans-Institutional Programs Council, which is charged with identifying TIPs applications that will expand and strengthen Vanderbilt’s research and teaching portfolio through the $50 million trans-institutional initiative. He guided multiple efforts to recruit, support and retain faculty. He led and co-chaired numerous faculty councils, committees and initiatives through the university’s shared governance process. Examples of this work include launching a strategic review process for Vanderbilt University Press; leading the successful search for the Evans Family Executive Director of the Career Center, Kate Brooks; and co-chairing the search for the first vice provost for inclusive excellence, Melissa Thomas-Hunt.

In addition, Geer directed a three-year process that engaged faculty from across campus to design and implement Immersion Vanderbilt, a new undergraduate degree requirement that launched this fall. Immersion Vanderbilt provides students with the opportunity to cultivate their intellectual interests and pursue their passions through experiential learning in and beyond the classroom, culminating in the creation of a final project.

“When Immersion Vanderbilt passed about a year ago, it was the last big part of the strategic plan to be implemented,” Geer noted. “So I said to Susan, ‘we need to think about the next challenge.’”

Geer anticipated tackling that next challenge from the provost’s office in his academic and strategic affairs role. So when Russell Reynolds Associates—the firm conducting a national search to fill the vacant dean’s position in the College of Arts and Science—contacted Geer this past spring to see if he was interested in the job, he initially didn’t give it much consideration.

The search committee, led by Vanderbilt alumnus Jett Pihakis, continued to contact him. Geer agreed to speak with Pihakis but remained unconvinced the dean’s job was the right move for him—he enjoyed his work in the Office of the Provost.

Geer decided to draft a letter of application to lay out his thoughts and ideas about the role. “I spent a good deal of time on that letter,” he said. “It turned out to be eight pages, single-spaced, and by the end of it, I realized that this job was the next challenge. This was, upon reflection, a wonderful opportunity.”

Geer’s roots are in liberal arts institutions, earning his undergraduate degree at Franklin and Marshall College and his Ph.D. at Princeton. His first job was at Arizona State University, where he taught for nearly a decade before coming to Vanderbilt in 1995. His teaching at Vanderbilt has garnered several prestigious awards, including the 2004 Birkby Prize, the 2005 Jeffrey Nordhaus Award, the 2009 Ellen Gregg Ingalls Award for teaching excellence, and the 2014 Vanderbilt Alumni Education Award.

Geer was named Gertrude Conaway Vanderbilt Professor of Political Science in 2010 and served as chair of the department from 2010 to 2014. Now he envisioned how his past experiences—as a longtime faculty member, researcher and department head, as a vice provost building relationships across schools—might inform his tenure as dean.

Geer also knew he’d bring a valuable constancy to the role, which had seen nine different deans over his 23 years at the university. “Arts and Science is my home school, so I have a lot of loyalty to it,” he said. “Vanderbilt is my home institution, and Nashville is, simply, my home.

“Now I have the opportunity to make a difference in A&S—like on immersion. By hiring great faculty. Advancing graduate research programs. Making sure the undergraduate research program continues to fire on all cylinders. And developing a strategic vision for the college that gets people thinking about five-year goals and investing in the right areas to ensure our students are getting the best possible education and our faculty and staff the best possible support,” he said.

One thing Geer mentioned in his application letter, which he later shared with A&S faculty, was his desire to prioritize transparency and data-driven decision-making as dean.

“Let’s say you’re a faculty member with a request, and I’m telling you ‘no.’ I need to give you the reasons. You may not like them, but at least you’ll feel like you’ve gotten a fair hearing,” Geer said. Each “yes” or “no” decision should support the college’s strategic planning and be tied to the university’s overall mission, he explained.

“We have three key missions here: teaching, research and service. How do we advance those, using every precious resource we have strategically, while being transparent about our thinking and actions?” he said. “What faculty have we hired? How are we doing with graduate placement? What are our undergraduates doing after they leave these bricks and mortar? I want to collect lots of data and use it to inform decisions.”

Geer also wants Arts and Science to do a better job of communicating its successes and milestones.

“We need to share good news,” he said. “The college, itself, isn’t advertising its many accomplishments enough. We don’t have a social media presence, and I want to change that. We have amazing faculty, staff and students—we need to let people know what they are doing.”

Vanderbilt has some distinct advantages when it comes to attracting the very best faculty and students, Geer said.

Nashville is a city on the rise with many cultural offerings. The university is committed to recruiting diverse faculty and nurturing their professional development. The campus’ unique geography enables easy collaboration across disciplines and schools. “The special sauce of this place is its trans-institutional abilities,” Geer said.

Vanderbilt’s residential college system fosters opportunities for shared learning, while Opportunity Vanderbilt encourages the highest-caliber students to attend versus only those who can afford to. “Opportunity Vanderbilt has had the welcome benefit of making our student body much more diverse, so it’s a more interesting community,” he said.

Geer predicts the new Immersion Vanderbilt program will further change the face of the university by allowing students to marry their creative passions with practical educational pursuits.

“We’re going to be able to persuade prospective students who have opportunities at five or six other great universities to come here, because they can do an immersive experience as an undergrad with faculty at the law school or business school or divinity school or medical school. That’s an amazing advantage,” he said. “Immersion Vanderbilt is going to be a game-changer in ways that will pay all kinds of dividends, and it will also be fun for the faculty.”

Geer is an in-demand political scientist and frequent contributor to major media outlets, ranging from The New York Times to CNN. His 2006 book, In Defense of Negativity: Attack Ads in Presidential Campaigns, was awarded the Goldsmith Book Prize from Harvard University. With political science professor Josh Clinton, he co-directs the Vanderbilt Poll, a nonpartisan public opinion survey of Tennessee and Nashville registered voters.

Though his dean role leaves little time for teaching, Geer plans to spend time in the classroom. Last spring he partnered with Distinguished Visiting Professor Jon Meacham, who holds the Carolyn T. and Robert M. Rogers Chair, to teach a course on political leadership.

In their class, Geer and Meacham helped students sort through the thorny issues contributing to our current political climate. Their approach was very much in keeping with the university’s pledge to promote civil discourse and assist students in forging the skills necessary to repair the fractures in society.

“Being a democratic citizen—a small ‘d’ democratic citizen—means letting someone express views that are completely antithetical to your own, no matter how frustrating that may be,” Geer said. “You’ve got to give them a chance, and you can’t shout them down.”

Vanderbilt’s commitment to discourse and diversity will make it a stronger institution, he said.

“If you really want to tackle the big problems, you’ve got to have varied perspectives—individuals coming at it from different vantage points. That’s going to be our competitive edge.”

Geer said what he enjoys most when he’s away from campus is spending time with his wife, Beth Prichard Geer, who serves as chief of staff to former Vice President Al Gore. The couple likes to binge watch shows on Netflix or Showtime and spend time with their four children, who range in age from 19 to 31, and close friends.

He loves Vanderbilt athletics and devotes “way too much time” to thinking about his Fantasy Football team.

Geer also relishes the decision, made nearly a quarter-century ago, to make his professional home at Vanderbilt.

“When Vanderbilt made me an offer in 1994, I thought this would be a good place to teach and do research and that the university had potential. I had no idea that it would soar to the heights that it has,” he said.

“I think Vanderbilt will look back at a certain point and realize the transformative leadership that Nick Zeppos has provided,” he said. “I put my money on an institution with the right kind of values all those years ago. It turns out that I bet on the right horse.” 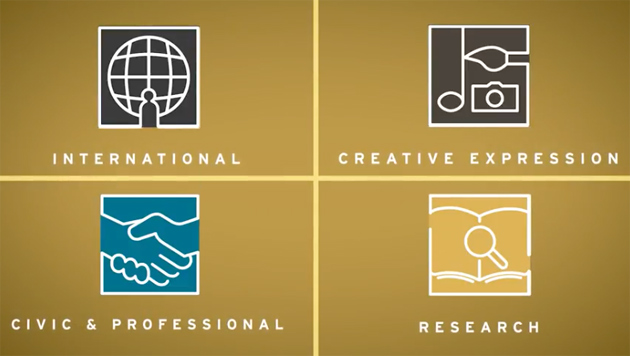