Colleen Conway-Welch, Ph.D., C.N.M., F.A.A.N., F.A.C.N.M., who during her 29 years as dean of the Vanderbilt University School of Nursing transformed nursing education at Vanderbilt and nationally, died Oct. 12 following a courageous battle with cancer.

“Colleen Conway-Welch was a prescient leader at Vanderbilt who had a tremendous positive impact on our university and on the field of nursing education across the nation. It was her vision, determination and drive that transformed what was a struggling nursing school in the 1980s into a highly competitive, nationally ranked institution known for excellence, education and innovation,” Vanderbilt University Chancellor Nicholas S. Zeppos said. “As dean, she was constantly focused on what was coming next in health care to ensure graduates of the School of Nursing were prepared to excel. We are deeply saddened by her passing. She leaves behind a remarkable legacy.”

Vanderbilt University Medical Center President and Chief Executive Officer and School of Medicine Dean Jeff Balser, M.D., Ph.D., remembered the impact of Conway-Welch on the Medical Center. “Colleen was a powerful and persistent force, always advocating for the benefit of the School of Nursing, her faculty and students. She is responsible for the strong integration of the school’s training programs into the fabric of our medical center, making it a national model for others to follow.”

Linda D. Norman, D.S.N., F.A.A.N., dean of the Vanderbilt University School of Nursing, knew Conway-Welch for more than three decades and was recruited by her to join Vanderbilt. “I worked with Colleen Conway-Welch for 27 years. She was not only my boss, but my mentor, supporter, colleague, and most important, a dear friend,” Norman said. ““I will miss her greatly, as will the faculty, staff and alumni at the School of Nursing.”

Norman recalled Conway-Welch’s influence both individually and nationally. “Colleen has long been the role model for nurse leaders, always putting other people first and inspiring others to excellence. Vanderbilt and the nursing profession have lost a passionate advocate and visionary.”

Sen. Lamar Alexander worked with Conway-Welch on a variety of initiatives over the years and was a personal friend. “Colleen Conway Welch was a bona fide nursing pioneer. Nationally, she was recognized for encouraging innovative ways to utilize nurses in better health care. In Tennessee, she opened health clinics and housing for mothers recovering from substance abuse disorders and their children. She was a powerful advocate for advanced practice nurses,” he said. “Honey and I were close friends with Colleen and her late husband Ted. As a result, Colleen must have attended more Republican fundraising dinners than any nursing school dean in history. We will miss her greatly and extend our condolences to her family.”

C. Wright Pinson, CEO of the Vanderbilt Health System, said, “Colleen Conway-Welch has left an indelible mark on Vanderbilt University Medical Center, on nursing as a profession, and on health care delivery worldwide. Whether redesigning curricula and transforming nursing education; serving on top-level health committees during three U.S. presidential administrations that addressed public health preparedness, Homeland Security and HIV/AIDS; or serving a remarkable 29 years as the Dean of the Vanderbilt University School of Nursing, Colleen lived her life in service to others. Her impact will be with us for generations to come.”

“As dean, she was constantly focused on what was coming next in health care to ensure graduates of the School of Nursing were prepared to excel. We are deeply saddened by her passing. She leaves behind a remarkable legacy.”

Conway-Welch was born in Monticello, Iowa. Her mother was a teacher and her father was a farmer who later worked in the construction industry. As a result, Conway-Welch lived many places growing up, as her father’s work required the family to move near his latest project. The oldest of three sisters, she once recalled that above all, the family emphasized education.

Conway-Welch began her career as a labor and delivery staff nurse at Georgetown University in the 1960s. She continued in the evolving field of labor and delivery in Honolulu, moved to work in emergency rooms in San Francisco, and then became a nurse-midwife.

Her career progressed with additional stops in Virginia, New York City and Southern California. In the early 1980s, Conway-Welch was recruited to the University of Colorado Health Sciences Center in Denver to run its nurse-midwifery program. With each stop, Conway-Welch’s responsibilities in clinical nursing and education allowed her to amass an impressive list of accomplishments and move rapidly through the ranks of academia.

In 1984, Conway-Welch was recruited to become VUSN’s dean. At the time, the School of Nursing was educating approximately 100 baccalaureate students and a small number of master’s students; it had no doctoral program. Conway-Welch soon overhauled the school’s curriculum, starting with the introduction of an accelerated master’s program.

From the start, Conway-Welch believed her primary responsibility was to continue to increase the value of a nursing degree from Vanderbilt. “That’s what I set out to do, and that’s what I’ve done,” she said.

Under her leadership, VUSN opened its Ph.D. program in 1993 and its Doctor of Nursing Practice program in 2008. Today, VUSN is the largest professional school at Vanderbilt, one of the largest schools of nursing in the country and ranked as a top nursing school nationally. Conway-Welch retired as VUSN dean in 2013 and named Dean Emerita by the university.

In addition to the transformation of the Vanderbilt University School of Nursing, Conway-Welch received numerous recognitions and honors in her career, including honorary degrees from Cumberland University, Georgetown University and the University of Colorado. She was a Fellow of the American Academy of Nursing and a Fellow of the American College of Nurse Midwives, both high honors in her profession. In 2016, she was inducted into the Tennessee Health Care Hall of Fame and was named a Living Legend by the American Academy of Nursing for her extraordinary contributions to the nursing profession. In 2017, she was elected to the Modern Healthcare Hall of Fame, and in March 2018, she was honored with the Health Education Visionary Award from the Society for Women’s Health Research.

She was also active nationally in health policy and education. She was named by President Ronald Reagan to serve on the President’s Commission on AIDS in 1987, and in 2006, was nominated by President George W. Bush to serve as a member of the Board of Regents of the Uniformed Services University in Bethesda, Maryland.

Shortly after beginning work as dean, Conway-Welch met prominent local businessman Ted Welch. The couple married and were a fixture in political, charity and civic events for decades afterward. Ted Welch died in 2014.

Father Joseph Patrick Breen will celebrate The Mass of the Resurrection on Thursday October 18, 2018 at 10 a.m. at the Cathedral of Incarnation, 2015 West End Ave, Nashville, TN 37203. There will be a reception immediately following the service at the Cathedral’s Fleming Center. In lieu of flowers, please make contributions to Alive Hospice in memory of Colleen Conway-Welch, 1718 Patterson St., Nashville, TN 37203. 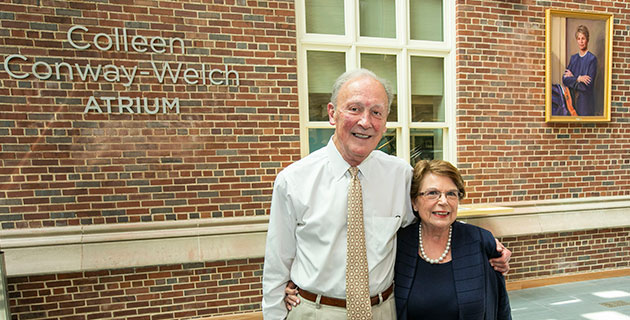 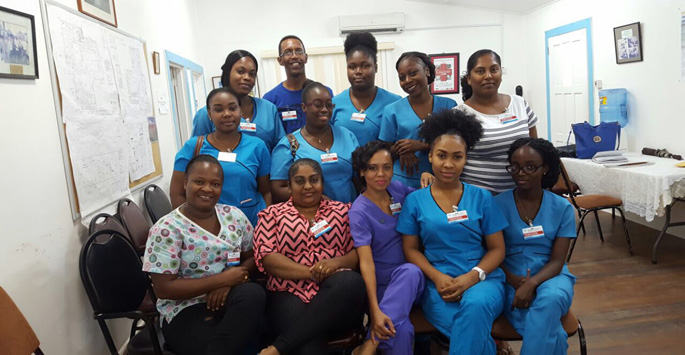