The lecture, “5 Myths about MS-13” will begin with a reception at 5:30 p.m. followed by Cruz’s presentation at 6 p.m. and a question-and-answer session. Admission to the lecture is free, and seating is first come, first served.

“The Trump administration’s campaign against immigration conflates the flow of undocumented immigrants from Central America with the growth of MS-13 — the brutal transnational street gang,” said Cruz. “Information about the four-decade-old gang, formally named Mara Salvatrucha, is scarce, but we know enough to dispel some of the misconceptions that have grown up around it.”

Cruz is an expert in the area of criminal violence, gangs, police, democratization and public opinion in Latin America. He has a PhD in political science from Vanderbilt University, a master’s in public policy from Oxford University, and a BA in psychology from the Universidad Centroamericana.

“VU alumnus Miguel Cruz is one of the world’s leading experts on Central American gangs and violence. His work is important and more timely than ever, as his rigorous research has implications for U.S. immigration and policing policies,” said Center of Latin American Studies Director and Cornelius Vanderbilt Professor of Anthropology Ted Fischer.“Cruz shakes up stereotypes about MS-13 and other gangs, and the data he presents reveal the misleading preconceptions that underwrite recent policy shifts.” 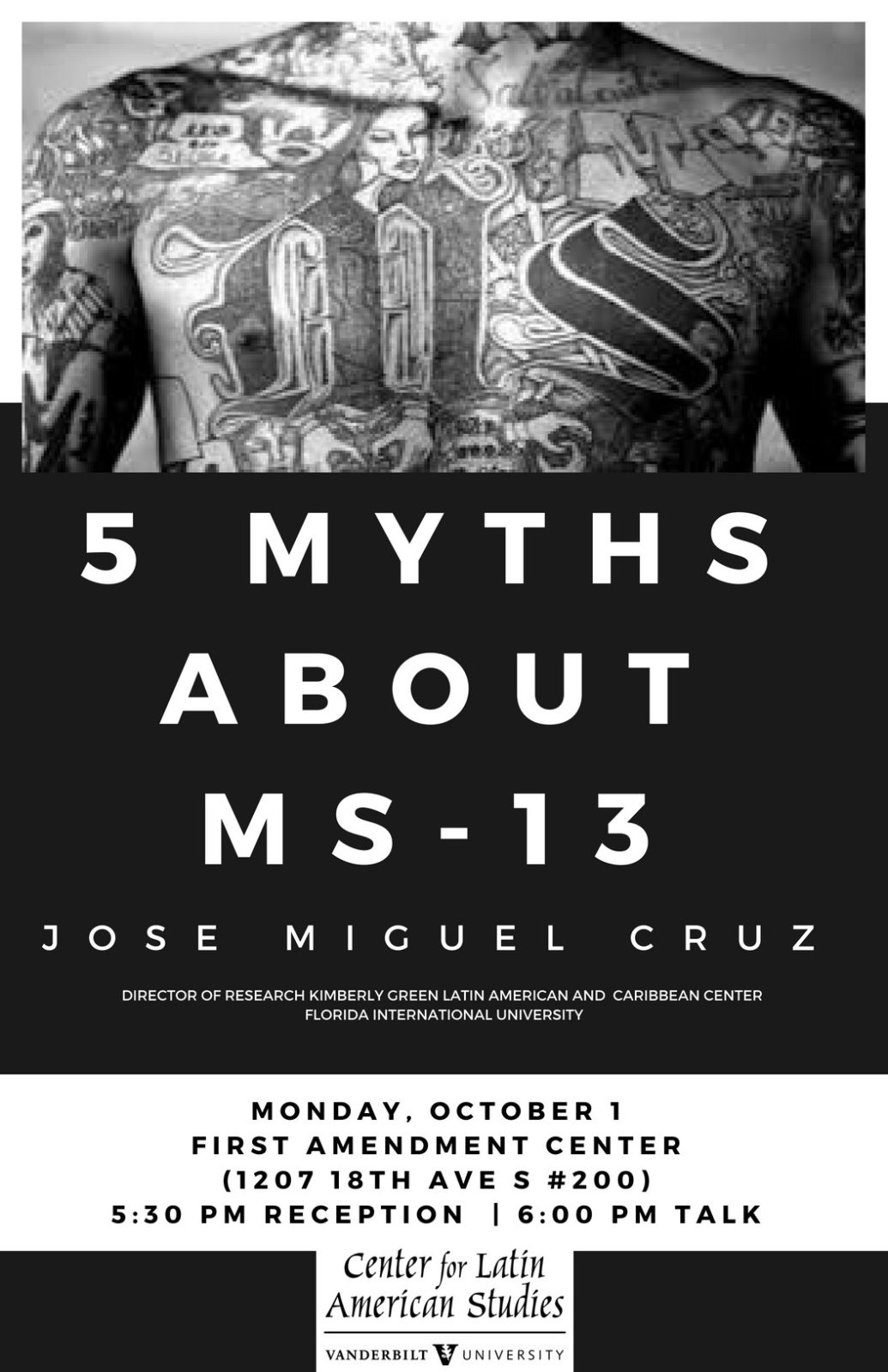