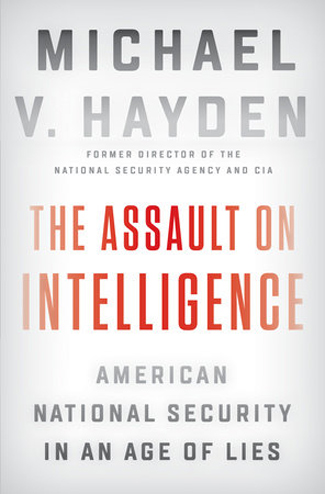 Chancellor Nicholas S. Zeppos will host several book club-style discussions throughout the academic year to generate civil discourse on a variety of contemporary topics. The first book in the series is The Assault on Intelligence: American National Security in an Age of Lies by General Michael V. Hayden, the former director of the National Security Agency and Central Intelligence Agency, coinciding with his visit to campus Thursday, Sept. 27.

Free copies of the book were available for the first 25 students, faculty and staff who requested one. These copies have now been claimed.

Hayden’s lecture, which is open to the general public, will take place later that evening at 6:30 p.m. in Langford Auditorium (doors open at 5:30 p.m.). No tickets are required for the lecture and seating is general admission. Books will be on sale in the auditorium lobby before and after the event, as well as at Barnes & Noble at Vanderbilt in the days prior to the event. Hayden will participate in a book signing following the conclusion of his lecture.

Additionally, Vanderbilt community members are welcome to join a discussion with Hayden and Zeppos at 4 p.m. Sept. 27 in the Alumni Hall Lounge. Seating for this event is very limited.

In his book, Hayden argues that the work of American intelligence agencies has never been more important, yet the intelligence community finds itself under siege. He notes that the nation’s truth tellers are being attacked at the same time that America’s international strategy remains undefined in Russia, North Korea and China.

Details about other books and events in this series will be posted on the Chancellor’s website later this semester.