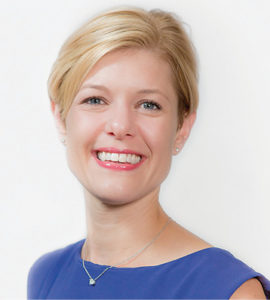 It was mid-May when Mimi Franke Marziani, president of the Texas Civil Rights Project, noticed a troubling trend along the Texas–Mexico border: Central American migrants seeking asylum were being separated from their children and subsequently charged with illegal entry into the country.

“We sprang into action,” says Marziani, who has led the Austin-based organization since 2016. “We started monitoring the federal court every single day, and that led us to being the first group to sound the alarm about what was happening. We have absolutely been on the front lines of this.”

To date, thousands of children remain separated from their parents—including hundreds of parents TCRP represents.

Under Marziani’s leadership, the TCRP and its attorneys are representing parents before an international tribunal, the Inter-American Commission on Human Rights. The organization also has launched a campaign to educate the public “about these horrible stories,” Marziani says.

“We were getting stories from these parents firsthand, and then we were able to share them with the world in a way the parents themselves couldn’t.”

“From a very young age, I have been driven to use my time and talents to help the community around me,” says Marziani, who majored in English literature and psychology at Vanderbilt. Her current work to stop family separations is one example: “At TCRP we want to make sure our clients’ voices are getting out there, with the overarching goal of putting a stop to this immoral treatment of families.”

Marziani was an Ingram Scholar and participted in Vanderbilt’s Alternative Spring Break program, which provides community service while promoting critical thought and reflection. She went on to start an alternative spring break program at New York University, where she earned her law degree.

“At Vanderbilt, both of those experiences shaped my ability to understand how I could make a difference and serve people,” she says, “particularly folks in a vulnerable position.”