Ballet Memphis is no ordinary performing arts space. Its glass exteriors invite passersby to gaze at rehearsals within. Abundant greenery and a courtyard café further entice community members to sit a while.

The $21 million, 38,000-square-foot venue opened in August 2018 in the city’s fashionable Overton Square, precisely 31 years after the company launched with two dancers and a scant $75,000 budget.

It’s been a long journey for CEO and founding artistic director Dorothy Gunther Pugh, the former junior-high schoolteacher whose dream was to bring a premier ballet company to her native city. For her vision she was named Memphian of the Year last December by Memphis, the City Magazine.

The publication hailed Ballet Memphis’ “brilliant edifice” as a “fitting capstone for Pugh’s decades of devotion to the dance arts in this city.”

“I’m glad that I’m in a beautifully visual world, and that I can make sure we try to listen to all of the disparate voices,” says Pugh, the first woman—and the first artistic leader—to be fêted with the honor. “Part of ballet’s problem has been what I would say is a patriarchal imposition of viewpoint onto our art form. I’ve been bucking it for a long time.”

In the era of #MeToo, “it needs to be bucked a little more forcefully,” she adds.

“The data are out there,” she adds. “Female artistic directors, leaders and managers make 25 percent less than our male peers. That oftentimes translates into being 25 to 50 percent less appreciated.”

An English major at Vanderbilt, Pugh taught briefly at Nashville’s Highland Heights Middle School. A dancer since childhood, the Pittsburgh Ballet Theatre tried to woo her out of the classroom to perform. But her hometown beckoned, and she returned to Memphis to take over a small ballet school from its retiring owner. In turn, ArtsMemphis asked her to build a ballet company.

That Pugh is able to draw on her undergraduate degree will come as no surprise to those who know her. English and dance have more in common than is readily apparent.

“A person who reads has to figure out the beginning, the middle and the end, and how to best express an infinite number of ideas and concepts on a human level,” Pugh says. “Having great training in English helps encourage and develop empathy and analysis. It encourages your ear. You’re learning about rhythm and rhyme, and how much you can say in a small space, with as much emotional and intellectual punch as possible. It’s what choreography has to do; it’s what a piece of music has to do.” 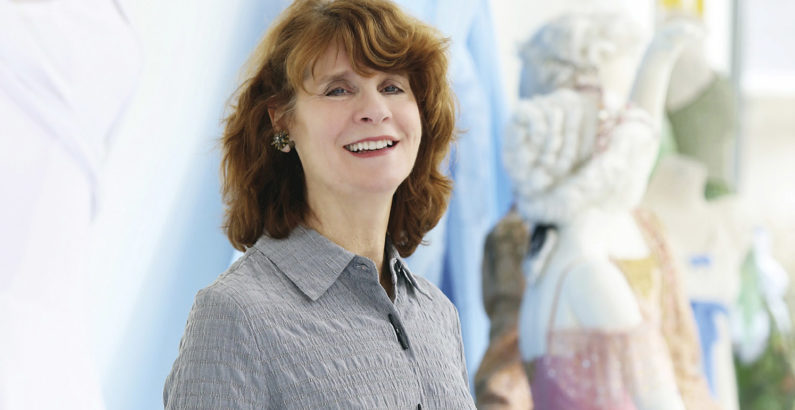