Vanderbilt astronomy professor David Weintraub’s new book, Life on Mars: What to Know Before We Go, takes a step back from the all-systems-go approach to colonizing another planet and considers the ethics.

There’s no better time to think about the implications of such a trip, the author contends, with both NASA and entrepreneur Elon Musk working to make it happen. That includes considering that the first trip is likely to be one-way, and humans may not have the right to contaminate whatever is already there.

Q: What drives our long-standing fascination with Mars?

Q: How close are we to sending people to Mars, and—beyond technological readiness —are we ready as a culture to do so?

A: In the next decade or so, we will have the ability to get humans to Mars. We won’t have the ability to get them home from Mars. Do we have the right to send people to Mars when we know they can never come home? I think that’s a pretty interesting question that’s worth asking. Three hundred or 400 years ago, most people who traveled across oceans were not expecting to come back.

There may be people who would be willing to go on a one-way trip. That doesn’t necessarily mean we should be sending people in one-way trips. I don’t know if we’re emotionally and psychologically ready for that.

Q: When you talk about finding life on Mars, do you mean intelligent life? 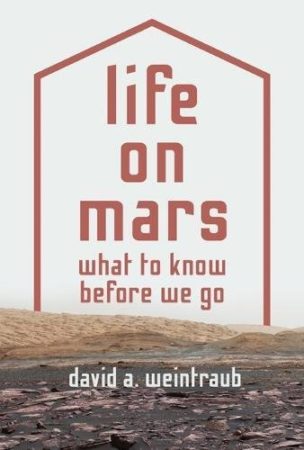 A: When the Viking landers went to Mars, the cameras captured no creatures wandering around on the surface. Nobody expected to find creatures like that on Mars. We’ve been studying Mars fairly intensively for several decades, and there are no large lifeforms on the surface of Mars. If there is anything, as best we can tell, those lifeforms would have to be subsurface. It might be microbes beneath the surface. But life might exist, and there are some astronomers who are fairly convinced that they’ve already found that evidence.

Q: Do you believe there are ethical concerns when it comes to life on Mars?

A: We need to do a lot more work, a lot more study, to figure out whether Mars does or does not have life. We must ask: Do we have the right to contaminate Mars? Because as soon as we start sending colonists to Mars, we would start to drop habitats and food and equipment onto the surface for them. We will contaminate Mars. Almost certainly, we will destroy any native life that’s there.

Do we have an inalienable right to destroy the bio-ecosystem of an entire planet? I personally don’t think we do, but I think that’s a question we ought to be asking.

Life on Mars: What to Know Before We Go will be released May 8, with preordering available now on Amazon. Weintraub is also the author of “Religions and Extraterrestrial Life: How Will We Deal With It?” and two other books.