Mississippi River Delta will lose more land than can be reclaimed

The Mississippi River Delta is losing more land to the Gulf of Mexico than it can reclaim, and the problem is likely to continue, according to a new paper authored by Elizabeth Chamberlain, a postdoctoral fellow in the Department of Earth and Environmental Sciences.

Prior to the Industrial Age, the Mississippi Delta grew at a rate of two to three square miles per year. But these rates fall far short of the rates of land loss in coastal Louisiana, which have averaged 15 to 20 square miles per year over the past century, the researchers said.

The study, published April 11 in the open-access journal Science Advances, measured how quickly a portion of the Mississippi Delta, called the Lafourche lobe, built new land before humans began to significantly impact the environment.

Chamberlain, who undertook the research as a graduate student at Tulane, worked with Torbjörn Törnqvist, the Vokes Professor of Geology and a co-author on the paper. They are the first to use a new technology, optically stimulated luminescence, to track how the Mississippi Delta shoreline migrated over the past millennium.

“Optical dating determines when sediment grains were deposited by measuring their last exposure to daylight,” Chamberlain said. “This method allowed us to date the shoreline of the Lafourche lobe in the central Mississippi Delta and to calculate that it advanced at a rate of 300-500 feet per year for almost 1,000 years.”

The primary drivers of land loss today are levees, which protect residents from flooding but reduce the amount of land-building sediment that reaches threatened coastlines, and the dredging of industrial canals, which leave wetlands vulnerable to erosion and seawater intrusion.

River diversions, which can deliver land-restoring sediment to threatened coastal wetlands, are the best solutions for replenishing portions of the Mississippi Delta, but the researchers say they are unlikely to reverse the trend, especially as the effects of climate change are becoming more severe.

Törnqvist said that given the accelerating rates of sea-level rise, even the best-designed river diversions won’t be able to prevent more land loss. “Therefore difficult choices will have to be made about where to locate these diversions,” he said.

Justin Lawrence, program director in the National Science Foundation’s Division of Earth Sciences, which funded the research, said the results of the study are striking. “The findings will inform coastal policy and management in this low-lying U.S. region,” he said.

Chamberlain and Törnqvist conducted the research with colleagues from Coastal Carolina University, the University of Liverpool in the United Kingdom and Wageningen University in The Netherlands. Additional funding was provided by the Coastal Protection and Restoration Authority of Louisiana. 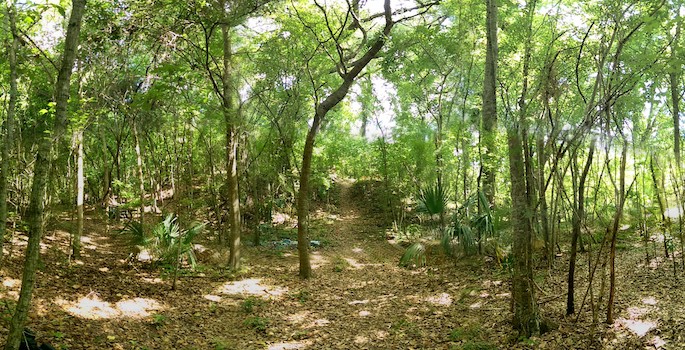