For students whose hearts race at the thought of coefficients and cube roots, look no further than Cicely Woodard.

The mathematics teacher at Metro Nashville’s West End Middle School was named the 2017–18 Tennessee Teacher of the Year in September 2017 for her “outstanding communication and leadership skills.” The award was made by the Tennessee Department of Education.

“I have countless emails and letters from students who say, ‘Mrs. Woodard, you taught me to face challenges,’ ‘You taught me to face my fears, to be better at something that I was afraid of at first,’” says Woodard, now in her 14th year teaching since graduating with her master’s from Peabody. “By the end of the year, they walk out of the classroom as really confident mathematicians.”

Those same students, she says, credit math for enabling them to embrace challenges in other areas of their lives.

She teaches her students to understand high-level math tasks through small-group discussions and plenty of writing. One of her favorite assignments is for students to solve systems with equations by having them determine the best company to clean her carpets.

“They create tables and equations and graphs to compare these two companies,” she explains, “and by the end of the lesson, they have helped me choose the best company.

“We have whole class discussions about math, where they justify their thinking and critique the reasoning of their peers,” Woodard says. “They are explaining their thinking quite a bit and writing about math. Whatever they choose to do in life, I just want them to be prepared to face challenges and face them well.”

Her charges are expected to conduct math research, presenting their findings to classmates via PowerPoint or in posters “that really show what they know.”

“We all believe in the power of education,” she says. “We believe that all kids can learn, no matter their race, religion, socio-economic status or background. We believe that when we show up in classrooms, we are really helping students to be successful and that we’re preparing them for their future.” 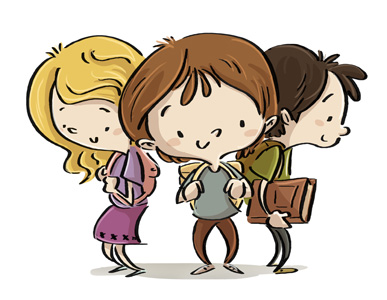 How to prepare kids for back-to-school