Astrophysicist Keivan Stassun has been named mentor of the year by the American Association for the Advancement of Science for his efforts to increase the number of underrepresented minority students in science and engineering doctoral programs.

Stassun will be honored with the AAAS Mentor Award on Feb. 18 at the organization’s annual meeting. At the same meeting, Vanderbilt University’s Linda Sealy, associate dean for diversity, equity and inclusion for basic sciences at the School of Medicine, will receive AAAS’s lifetime mentorship award. (See story about Sealy’s honor here.)

The mentor awards honor AAAS members who have mentored significant numbers of underrepresented students pursuing Ph.D.’s in STEM fields, and who have demonstrated scholarship, activism and community building on behalf of these groups. Vanderbilt is the first university to have faculty members honored with both mentorship awards in the same year.

“Keivan’s work during the past 15 years with the Fisk–Vanderbilt Master’s-to-Ph.D. Bridge program has helped transform Vanderbilt into an increasingly diverse and inclusive community of learning,” said Provost and Vice Chancellor for Academic Affairs Susan R. Wente. “His passion for student mentorship is a true asset to Vanderbilt.”

Stassun, the Stevenson Professor of Physics and Astronomy, in 2003 co-founded the Fisk–Vanderbilt Master’s-to-Ph.D. Bridge program, designed to address a century-old problem: the full inclusion of all Americans in science and engineering. The bridge program model uses master’s degrees and research as stepping stones to a Ph.D. for underrepresented minority students. The innovative program has drawn funding from NASA and the National Science Foundation, among others, and as of spring 2017, has produced 27 Ph.D. students in physics, astronomy, materials science, chemistry and biology.

Stassun co-directed the bridge program until 2015, when he was named senior associate dean for graduate education and research in the College of Arts and Science. In 2017 he began directing the Initiative for Autism, Innovation and the Workforce, a trans-institutional program established to help adults on the autism spectrum find meaningful work.

In December, Stassun was one of 14 professors named a Howard Hughes Medical Institute Million-Dollar Professor for his work to keep more women, underrepresented minorities and persons with disabilities in the physical sciences. 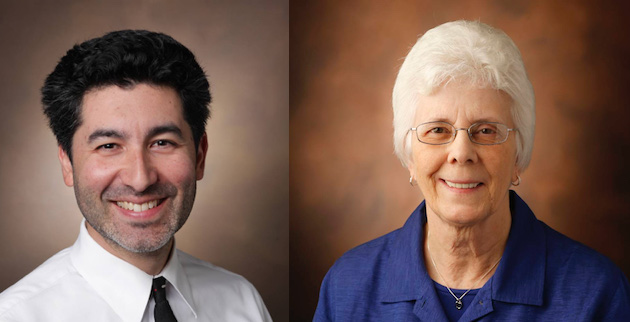 When Differences are Strengths: Helping those with intellectual disabilities thrive