Vanderbilt University Theatre will perform Orlando, an adaptation of a 1928 novel by Virginia Woolf, for two weekends starting Feb. 16.

“As an exploration of gender, love and sexuality, Orlando takes us on a journey of self-discovery and self-reflection applicable even today,” said Malone, who directed VU Theatre’s production of the absurdist comedy Gnit last spring. She earned her M.F.A. in directing from Illinois State University after receiving a bachelor of arts in theatre from Belmont University.

The Vanderbilt production is playwright Sarah Ruhl’s adaptation of Woolf’s story, with the main character living through centuries first as a man and later as a woman. 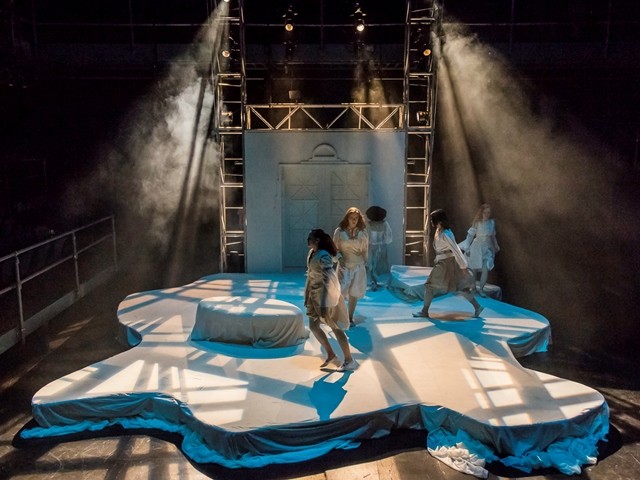 “Beginning in Elizabethan London, Orlando first learns love under the regal gaze of Queen Elizabeth, but is soon wooed by the graceful yet masculine Princess Sasha of Russia,” said Julie Jones, the production’s dramaturg and a senior who is majoring in international development and social change.

“After many heartbreaks and false romances, Orlando escapes to Constantinople, where he awakes as a woman in the 18th century. Orlando returns to London, again struggling with deceitful archdukes before falling in love with a sailor, entering the 20th century, and finally finishing her epic poem.”

General admission for Orlando is $10. There are reduced prices for students. Reserve tickets here, or pick them up at the Sarratt Box Office.