Vanderbilt University Chancellor Nicholas S. Zeppos will host a discussion on Wednesday, Jan. 17, featuring Jelani Cobb, the Ira A. Lipman Professor of Journalism at Columbia University and a staff writer for The New Yorker magazine. The event, titled “From Louis Armstrong to the NFL: Racial Protest in America,” is scheduled from 6:30 to 7:30 p.m. in Langford Auditorium on the Vanderbilt campus. Cobb will present a keynote address, followed by a question-and-answer session moderated by Zeppos. Questions for the Q&A will be collected prior to the event via Twitter. Post your question and use #VUCLS before 6:30 p.m. Jan 17.

This is the third event in the Vanderbilt Chancellor’s Lecture Series for 2017-18. Admission to the lecture is free, and seating in Langford Auditorium will be available on a first-come, first-seated basis. Tickets will not be issued for this event, which is part of Vanderbilt’s 2018 Martin Luther King Jr. Commemorative Series.

In his Sept. 24, 2017, column for The New Yorker—published two days after the Huntsville, Alabama, rally where President Donald Trump called out players who take a knee during the national anthem to protest racial inequality—Cobb recalled the time, some 60 years earlier, when jazz trumpet great Louis Armstrong canceled a planned tour of the Soviet Union. Armstrong, who was scheduled to perform as a cultural ambassador on behalf of the State Department, was protesting the then-Arkansas governor’s deployment of the National Guard—in defiance of the Supreme Court’s Brown v. Board of Education decision—to prevent nine African American students from attending class at Little Rock’s Central High School. For his display of dissent, Armstrong was decried by many in white communities as un-patriotic.

“Yet the belief endures, from Armstrong’s time and before, that visible, affluent African American entertainers are obliged to adopt a pose of ceaseless gratitude—appreciation for the waiver that spared them the low status of so many others of their kind,” Cobb wrote. “Stevie Wonder began a performance in Central Park last night by taking a knee, prompting Congressman Joe Walsh to tweet that Wonder was ‘another ungrateful black multimillionaire.’ Ungrateful is the new uppity.”

As the NFL season winds down, the nation is primed to reflect on the powerful platforms that athletics and entertainment provide for civil rights movements. Zeppos and Cobb will explore this dynamic, which continues to drive the narratives of race and reconciliation in America, during the Jan. 17 event.

As a staff writer for The New Yorker, Cobb has penned a series of articles about race, the police and injustice. These include “The Anger in Ferguson,” “Murders in Charleston,” and “What We Talk About When We Talk About Reparations.” In 2015, he received the Sidney Hillman Prize for Opinion & Analysis Journalism for his New Yorker columns. He is also the recipient of the 2017 Walter Bernstein Award from the Writer’s Guild of America for his investigative series Policing the Police, which aired on PBS Frontline in 2016.

Cobb teaches in the Columbia University Graduate School of Journalism. He was formerly associate professor of history at the University of Connecticut, where he served as director of the Africana Studies Institute. He has received fellowships from the Fulbright and Ford Foundations. He is the author of Substance of Hope: Barack Obama and the Paradox of Progress; To the Break of Dawn: A Freestyle on the Hip Hop Aesthetic; and The Devil & Dave Chappelle and Other Essays. His forthcoming book is Antidote to Revolution.

Parking for the Jan. 17 Chancellor’s Lecture will be available in the 25th Avenue Garage, located near the intersection of 25th and Highland avenues. Please use the Highland Avenue entrance. 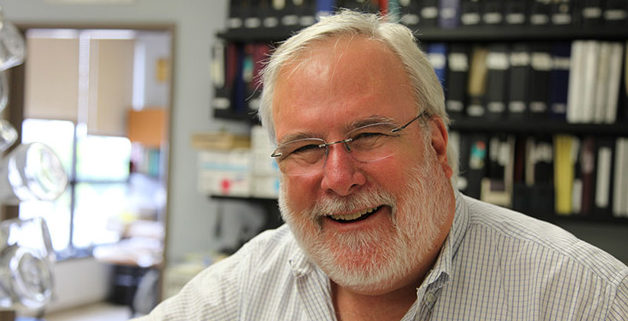