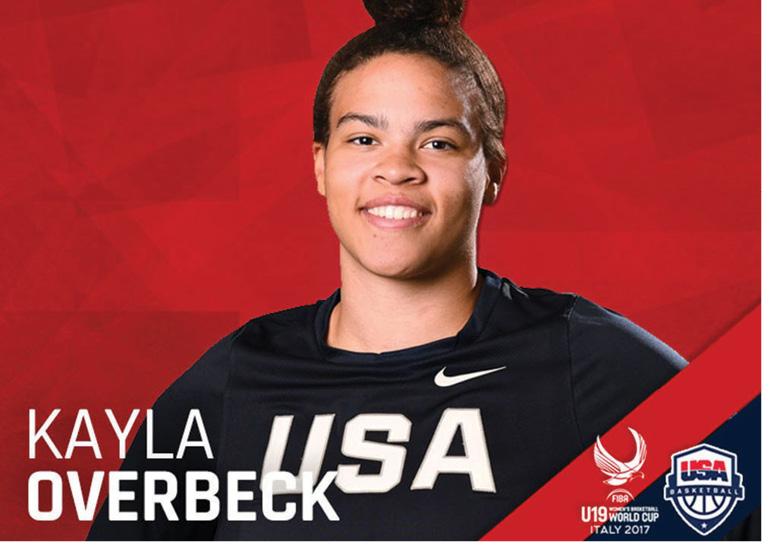 Kayla Overbeck, a sophomore on the Vanderbilt women’s basketball team, spent part of her summer in Udine, Italy, playing for the USA Women’s U19 Team in the FIBA World Cup that captured the silver medal.

“I’m so proud of [Kayla],” says Head Women’s Basketball Coach Stephanie White, who played for USA Basketball in 1997 while at Purdue. “To make the USA basketball team the first time you try out is a big deal. Just the opportunity KO has to represent her country is amazing, and to travel the world is an incredible experience.”

Overbeck, from Newbury Park, California, started 13 games for Vanderbilt last season and earned a spot on the SEC All-Freshman team after averaging 9.5 points and 7.2 rebounds per game. She played in seven games for the Americans in the World Cup, scoring 15 points with 19 rebounds.

“It’s really exciting because it’s what I dreamed about when I was a kid,” says Overbeck about representing her country. “To be able to reach it is like a dream come true.”

Overbeck is the 10th Commodore women’s basketball player to suit up for Team USA and the first since Christina Wirth, BS’09, played for the U19 squad in 2005.