Gauge, an 12-year-old black Lab, joined VUPD in June 2007 and began his explosive detection training that September. Over his decade-long career, Gauge has provided his sniffing services approximately 1,000 times for various events on campus, as well as in response to suspicious packages, parcels and vehicles.

As a partner, I couldn’t have asked for a better dog.

“As a partner, I couldn’t have asked for a better dog,” said Sgt. Jason Bates, Gauge’s longtime handler. “His initial training went smoothly. He minds well and listens to commands without hesitation. After about a year of working with him, I could pretty much just hold on to the lead and he does the work without much direction.”

Gauge, who is USPCA and ATF certified, has been used to sweep Vanderbilt facilities before football, basketball and baseball games, events involving dignitaries, and most any large gathering on campus, according to Bates. The pair also has been called on to assist the Metro Nashville Police Department several times each year for marathons, Tennessee Titans games, visits by former presidents to Nashville and the annual CMA Awards and Music Festival, among other occasions.

Though the average working life of an explosive detection dog is eight–10 years, Gauge may have some trouble settling into his retirement.

“Gauge has an unbelievable built-in clock that revolves around his strong work ethic,” said Bates, who lives with Gauge full-time as part of his training. “He is up at 4:45 a.m. seven days a week, 365 days a year. At 5:30 he begins barking to ensure that I know he’s up and ready to go. If I haven’t gotten him out of the kennel for work by 7 a.m., he goes back to bed, realizing it is a dreaded day off.”

This happens whether Gauge is up until midnight following a football game or has been in the kennel all day. “His routine stays time-correct even when the time changes,” Bates noted.

However, his partner is not all about work, Bates said.

“Gauge has a unique personality in which he loves everyone all the time under all circumstances. He desires constant attention,” he said. “Most anyone around the police department familiar with Gauge knows his quirk of jumping straight up and down nearly 4 feet at a time when he is in the kennel and someone walks over to talk to him.”

Another quirk belies Gauge’s intense focus and the serious nature of his job.

“Gauge is afraid of all non-dog animals, including rabbits, cats, birds and squirrels,” Bates said.

Gauge has had a strict diet over the last decade “to facilitate good body weight, muscle tone, energy levels and joint health, which in turn allows for the high endurance needed in a work dog,” Bates explained.

But Gauge has been known to sneak a treat from time to time and will get to eat “pretty much whatever he wants” in retirement, Bates said.

“His absolute favorite treat is cheese puffs. Many, many times he would push the car partition open while I was out of the car and steal the bag from the seat and eat them all,” Bates recalled. “If a bottle of sweet tea was in the drink holder, it would most certainly get stolen, a hole poked in the bottle and drunk as well.”

He will spend his days laying under shade trees, digging holes, chewing sticks, swimming and eating a lot.

Gauge will retire to the back yard of his handler’s residence. “He will spend his days laying under shade trees, digging holes, chewing sticks, swimming and eating a lot,” Bates said. Gauge also will get to indulge his love of tennis balls.

“Gauge loves a tennis ball more than anything,” Bates said. “I have seen him with three in his mouth at one time, and he can spit them out like a Pez candy dispenser.”

VUPD started its explosive detection program in 2007 after using dogs provided by an outside agency for several years. The program’s other current K-9 officer is a German Shepherd named Harvey, who has served at Vanderbilt for nearly three years. Bates will begin the process of selecting a replacement for Gauge soon, and VUPD hopes to add a third K-9 team to the program later this summer.

“The most effective countermeasure to the possible use of explosives is the deterrent value and the detection capabilities of a properly trained and certified Explosive Detection Canine (EDC) team,” Bates said. “The human nose has approximately 5 million scent receptors. Sporting and gun dogs, such as those used in police or military scent detection work, have between 225-300 million. There is not an object, person or machine that can come as close to the effectiveness, speed, versatility and real-time scent discrimination as a properly trained and certified EDC team.

“Gauge will close out his career having provided his scent skills to Vanderbilt and the Nashville community for a decade,” Bates said. “He will likely wonder why I have retired him from what he loves, but it’s because I love him and want him to have some quality time in the ‘regular dog’ life. He has certainly earned it.” 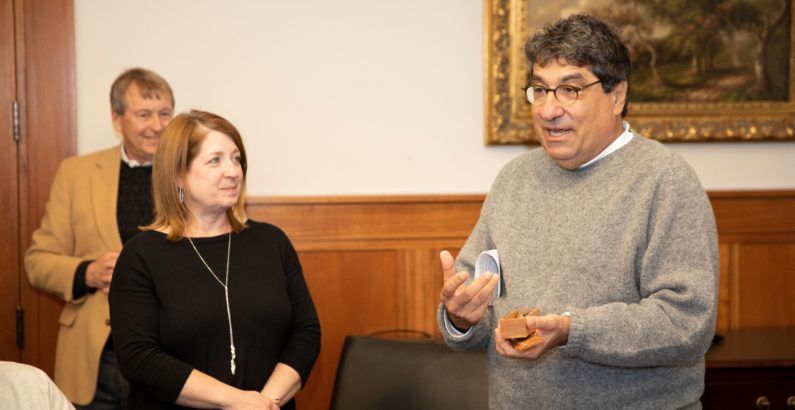 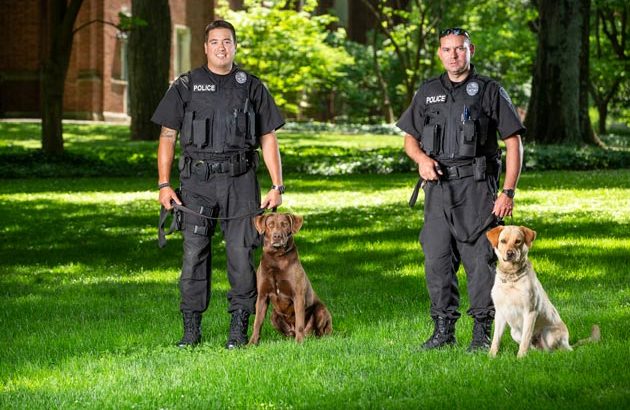